So it may come as a surprise to read the announcement by Microsoft of Exchange ActiveSync v16, currently planned for roll-out in Office 365 and inclusion in Exchange Server 2016. The updated protocol has three new capabilities included:

When will the new protocol be available in Office 365? Microsoft says you can check the supported ActiveSync protocols for your mailbox by running the ActiveSync test on the ExRCA site. 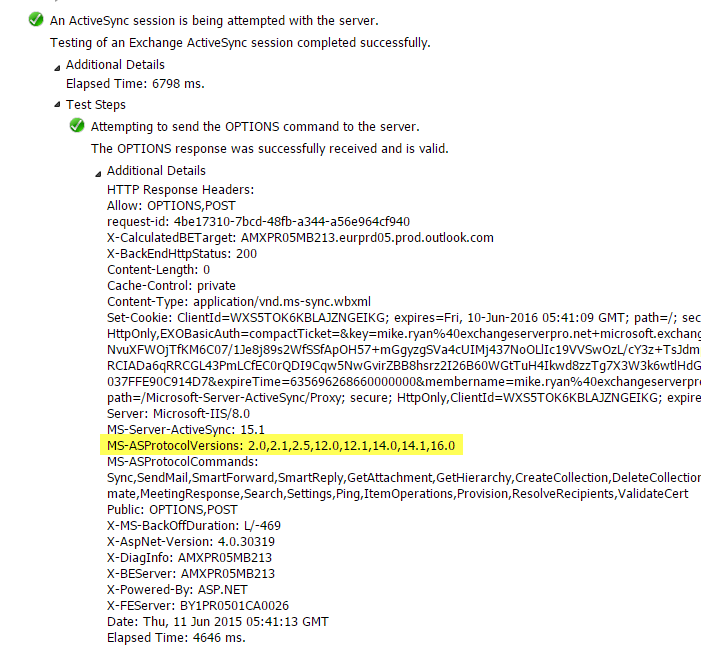 But first your mobile device/client must be updated to support the new protocol as well. Microsoft has already confirmed that iOS9 (announced at the recent WWDC event) will support EAS V16 in the Mail app. No word yet on support for other platforms, but I suspect that support in Outlook for iOS and Android won’t be far away.