Microsoft announced the release of Search Server 2008, which comes in both a free “Express” edition, and a paid enterprise edition. 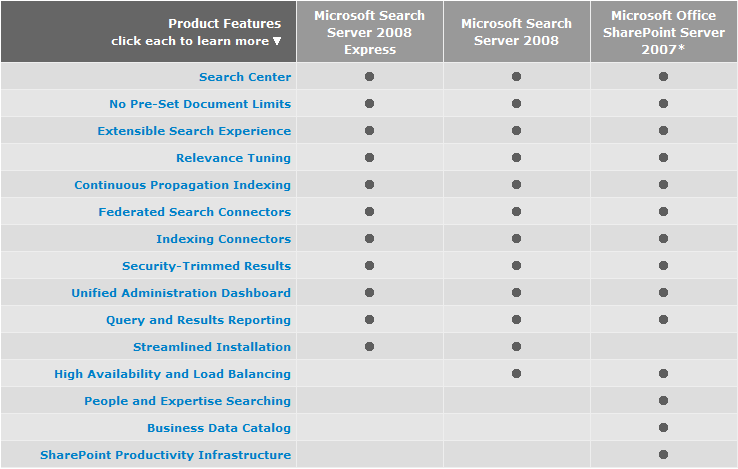 Microsoft Search Server 2008 is the next version of Office SharePoint Server 2007 For Search. They have basically taken MOSS 2007, stripped it down to just the index and search components, and then added some new enhancements such as a streamlined installation and more connectors to content sources.

Installation is a breeze.

The administrative interface is almost indentical to that of SharePoint Server 2007. For this test install the only configuration changes I made were to set a content access account and some crawl sources on our network. 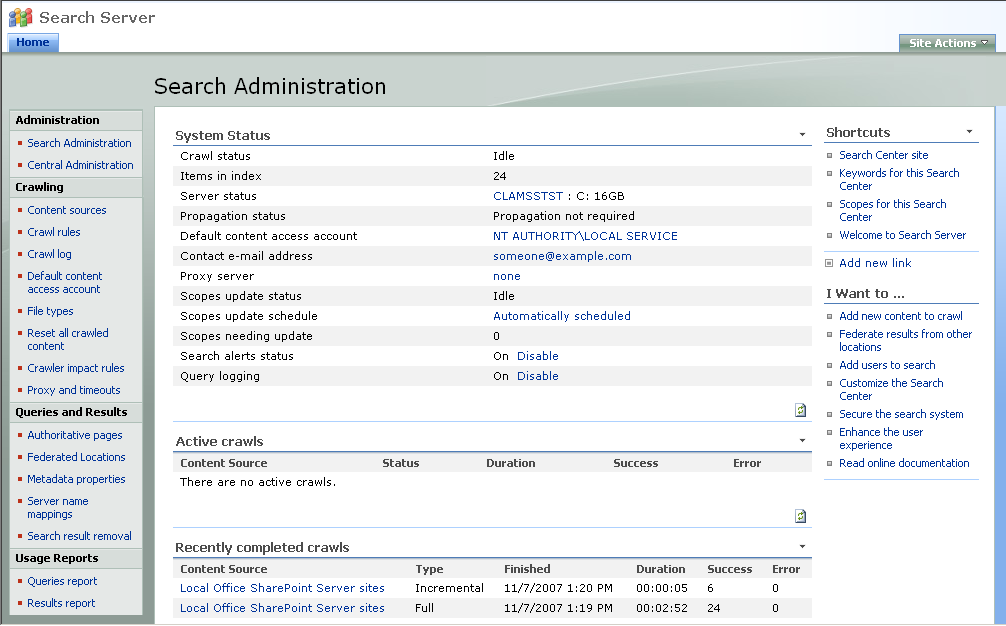 I’ve chosen a basic theme for the site so the users can pretend its as much fun as using Google.