Build a Business Case for Office 365 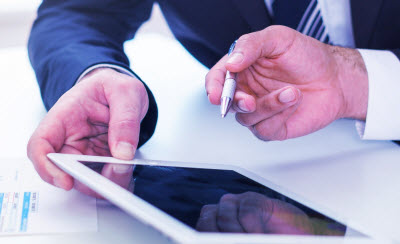 The honest truth is that Office 365 is not for everyone. Yes, more and more organizations are moving to Office 365 every day, there’s no denying that. The trend is clear – cloud services are growing in popularity, and fewer organizations are running on-premises infrastructure for their email and collaboration. But if you’re going to migrate your organization to Office 365, it’s important to build a strong business case first.

Maybe the decision has already been made, and you’re going to move no matter what. While that may be true, an Office 365 migration project will often fail if it’s missing one of these key elements.

Moving to Office 365 is not always about saving money. While there are often savings to be had when compared to legacy, on-premises models, it would be unwise to go into it with a false assumption that Office 365 will cost you less. If that happens, people will be disappointed, and may even demand that you off-board from Office 365 back to an on-premises solution just to reduce costs.

But often times people don’t take into account the hidden costs of running on-premises software, such as power consumption, labor costs to support and maintain the systems, and the costs of compliance with regulatory requirements.

Similarly, the benefits of Office 365 are often understated when only a cursory analysis is performed. Office 365 is a suite of tightly integrated services – Exchange Online, SharePoint Online, Skype for Business Online, and more. Replicating the same functionality on-premises would be very complex, risky, and costly to maintain on an ongoing basis.

By offloading all of that integration and support to Microsoft, Office 365 allows your organization’s IT staff to focus more on delivering valuable business support, instead of keeping infrastructure running.

Moving to Office 365 impacts every user in your organization. Unless they are willing to adopt and embrace new productivity tools and new ways of working, then many of the benefits of Office 365 will be lost.

To build support you may need to identify “champions” within the business, who believe in the value of Office 365 and are willing to promote usage and adoption of the new services. Often times it is as simple as showing your users how Skype for Business Online will help them to communicate with their colleagues better, or how much easier it will be to access their email and files when they are working remotely.

Change is a constant element of Office 365. Although Microsoft does put some controls into the hands of customers to manage change, many of the changes that occur within Office 365 will happen whether your business users want them to or not.

The reality of Office 365, and many cloud services, is that incremental change happens on a constant basis. In many ways this is better than the massive disruption of major upgrades every few years. The role of IT is to learn about upcoming changes as they are announced by Microsoft, assess their impact, communicate them to the organization, and leverage the benefits that the changes deliver to the organization.

Keep an eye on your inbox for the next part of this series, in which you’ll learn about the element of an Office 365 migration that is most critical to your end users’ experience.