Microsoft To-Do, the personal task management app that integrates with Outlook tasks, has reached general availability. To-Do is a free application included in Office 365 and is accessible via a web app and mobile apps for iOS and Android. 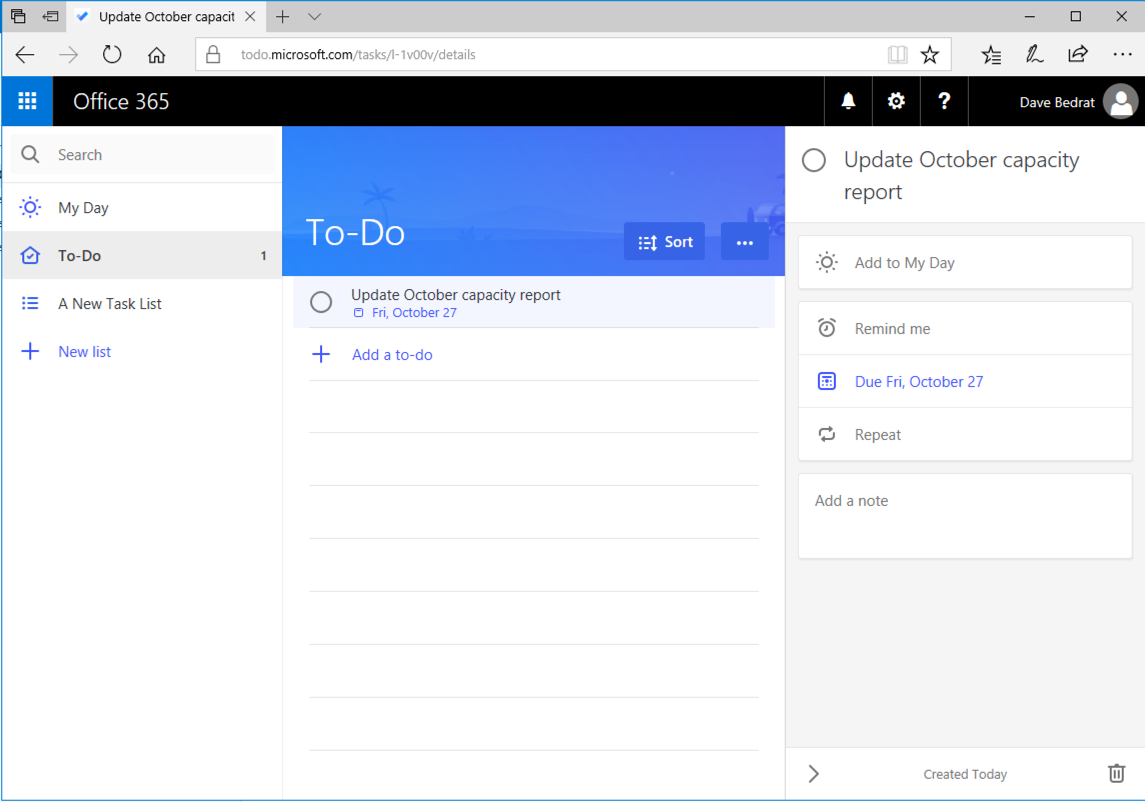 It’s still early days for To-Do, and right now it provides a very basic task management experience compared to apps like Wunderlist (which is being shut down in the future as To-Do takes over) and Todoist (my personal favourite). A long list of user requested features on the To-Do uservoice have been marked as “Planned”, including:

Other feature requests include integration with Flow for automated workflows (Flow already works with Outlook tasks), import from third party apps, and recurring tasks. However, at this time there’s nothing on the public Office 365 roadmap about To-Do, other than the general availability announcement.

In my testing today, which was performed using the most up to date Microsoft To-Do iOS app, I was unable to connect due to Intune MAM policies in place for my tenant. The To-Do app does not currently support Intune app policies, and is therefore blocked in my tenant. If you use Intune MAM policies in your organization you will either need to wait for support to be added to the To-Do mobile apps, or create an exemption for users that want to use To-Do immediately.

To-Do sits in an odd place in the Office 365 ecosystem. As a replacement for the personal task management that Wunderlist provided, To-Dot has some way to go before it reaches feature parity. And currently To-Do doesn’t integrate at all with the team-based task management in Planner. This is consistent with Microsoft’s approach to new applications, releasing them early and iterating based on customer feedback. As we’ve seen with Planner, development can be quite slow. So it’s hard to say whether To-Do will be a useful app for the broader customer base in the near future, or will only appeal to early adopters for the foreseeable future.

Microsoft has announced through Message Center that eligible Office 365 subscriptions will include Microsoft To-Do as a sub-SKU license that can be enabled and disabled on a per-user basis. The tenant-wide control that is available in Services & Addins in the Office 365 admin portal will no longer control To-Do access for your users.

To-Do will be enabled by default for licensed users, so if you have different requirements you can:

De-licensing a user does remove access to the To-Do app, unlike some other applications that only hide the app tile when you de-license the user. When an unlicensed user tries to access To-Do they will receive an error page letting them know that they are currently unlicensed and directing them to contact IT support. 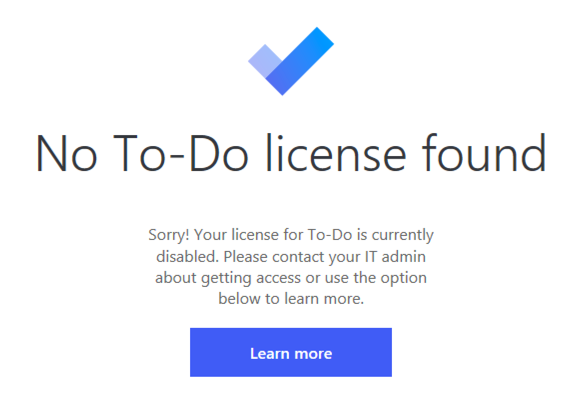