You are here: Home / Collaboration / Groups / Get-O365GroupReport.ps1 – PowerShell Script to Generate Reports for New, Changed, and Deleted Groups in Office 365

Office 365 Groups, also known as Unified Groups, provide users with the ability to communicate via email, share files, and collaborate with tools such as OneNote, Teams and Planner.

Although administrators do have some controls that can be applied to the management of Groups, out of the box it is possible for end users to create, modify, and delete their own Groups. For organizations where that freedom is preferred, it’s still a good idea to keep an eye on the state of Groups in your tenant in case of misuse.

Get-O365GroupReport.ps1 is a PowerShell script for administrators to generate reports about the Groups in their Office 365 tenant. The script stores information about the Groups that were found in a tenant, and uses that information to determine which groups are new, modified, or deleted since the last report was generated. 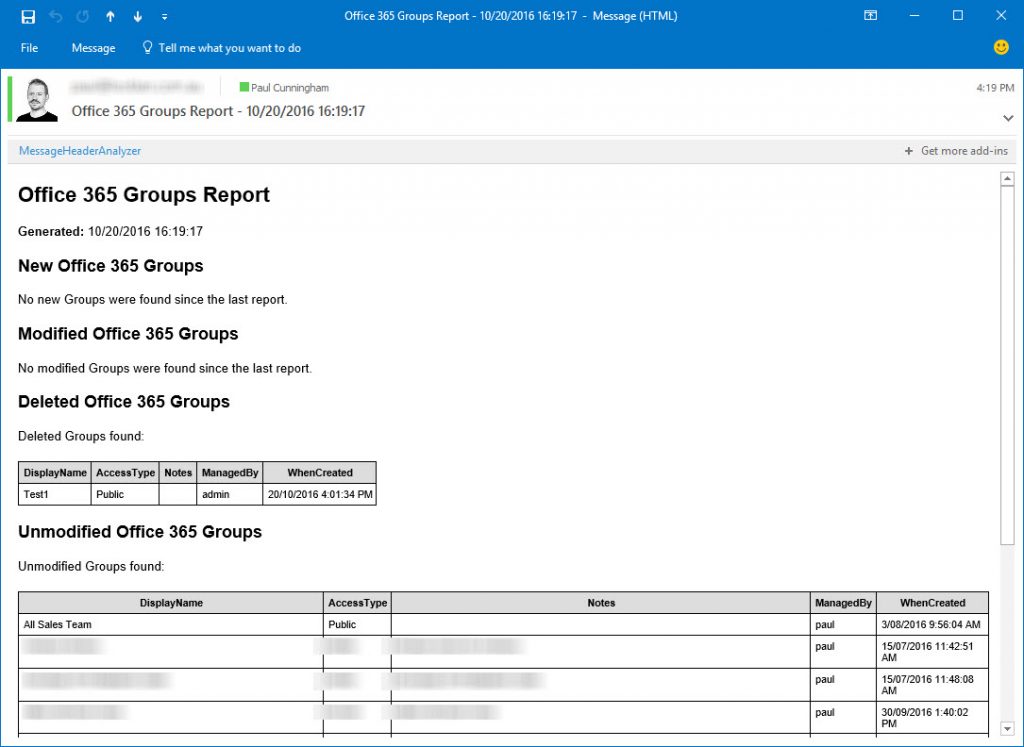 You can customize the behavior of the script by editing settings in the Get-O365GroupReport.xml file.

This script can make use of the following functions:

Run the script, using a stored credential to connect to Exchange Online.

Run the script with manual SMTP settings that override the Get-O365GroupReport.xml configuration.

Questions and feedback are welcome in the comments below. If you encounter a bug please let use know in the comments, or by raising an issue on GitHub.