When you deploy an Office Online Server and integrate it with Exchange 2016, your Outlook on the web users can preview file attachments that are Word documents, Excel spreadsheets, or PowerPoint presentations.

There’s some convenience to be had by allowing users to view documents in a web browser, without having to download the file and open it in a locally installed Office application. In fact, this allows users to read Office documents without needing any Office applications installed at all, which is great for situations such as a shared computer on a warehouse floor, where staff mostly interact with web-based systems such as their inventory or ordering systems, and occasionally need to read a document while accessing their email using Outlook on the web.

Even though Office Online Server might seem like a service that is going to only intermittently utilized, that doesn’t mean you can just throw it onto a low end server or bundle it together with a bunch of other applications on a server.

You should adhere to the recommendations for deploying Office Online Server, which are:

You can listen to Bhargav Shukla and I discussing Office Online Server on episode 10 of the Exchange Server Pro Podcast.

To prepare the Windows Server 2012 R2 server for Office Online Server installation, open a PowerShell console as administrator and run the following command.

After restarting the server, download and install the following components: 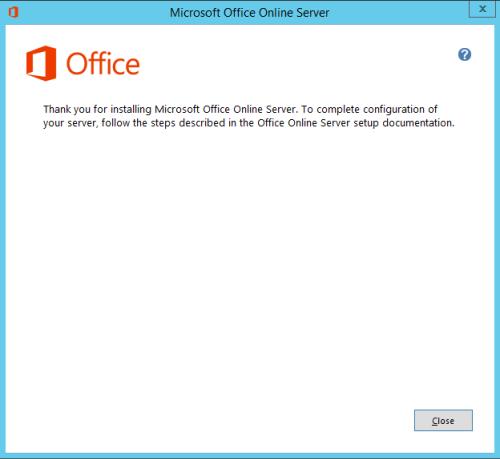 After Office Online Server has finished installing you should also install the OOS Language Packs.

In a curious move by Microsoft, Office Online Server has no configuration GUI or console. Instead, the entire configuration must be performed using PowerShell. Using PowerShell to configure servers is not all that unusual in itself, but even the most PowerShell heavy products from Microsoft usually have at least an initial setup wizard.

I’ll be deploying a single server farm using HTTPS. Which means that an SSL certificate will be required. The SSL certificate request can be generated using IIS manager on the OOS server.

If your Office Online Server will be accessible using different internal and external URLs, include both names on the certificate when you request it from the certificate authority.

When you complete the certificate request, make a note of the friendly name that you choose, as you’ll be using the name again soon when configuring the OOS farm. 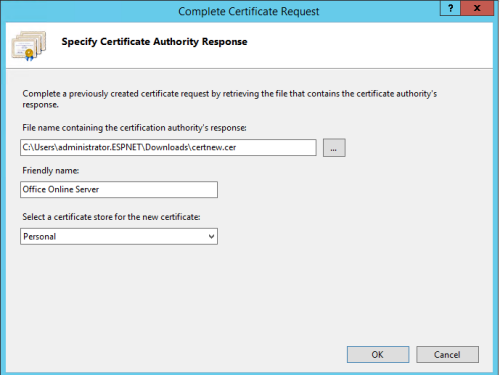 You do not need to bind the SSL certificate to any IIS websites at this stage.

The URL that will be used to access Office Online Server needs to be added to your DNS zones (internal and external, if you’re expecting to access it from both). For a single server, add a DNS record that points to the IP address of the server. If you’re load balancing, point the DNS record at the load balancer’s VIP. 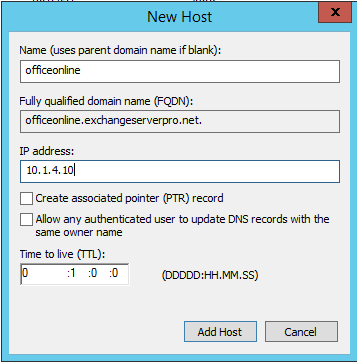 To create the farm, run the New-OfficeWebAppsFarm cmdlet using PowerShell on the Office Online Server that you’ve installed.

After configuration has completed you will see that the default website in IIS has been replaced with websites for Office Online Server.

Use a web browser to connect to the Office Online Server internal URL and the path /hosting/discovery, for example https://officeonline.exchangeserverpro.net/hosting/discovery. You should see a bunch of XML output.

Before I configure Office Online Server to work with Exchange 2016, let’s just take a quick look at the email attachment experience for Outlook on the web users right now. As you can see below, a file attachment only has the option to download, and can’t be viewed in the browser.

There’s also a few caveats to be aware of when configuring the Office Online Server integration. In Exchange 2016 there’s two places that the OOS URL can be configured:

In an Exchange 2016-only environment, the mailbox level configuration takes precedence. A mailbox server will use the URL configured on the server for any mailbox users currently active on that server. This allows you to use different Office Online Server URLs for different geographic regions.

If the mailbox-level URL is unreachable, it will fallback to the organization-level URL. For some environments that fallback behavior will be useful.

In my demo environment there are Exchange 2013 servers present, so I’ll be configuring the Office Online Server URL at the mailbox level.

Refresh the Outlook on the web session and check the options available for Office file attachments. A “View” option should now be available. 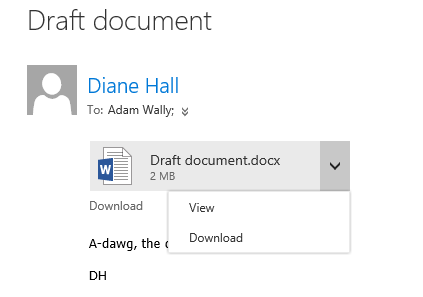 The document will open in the web browser for viewing, and you can edit the document and send it as a reply or to another email recipient as an attachment, without needing to save it locally first. 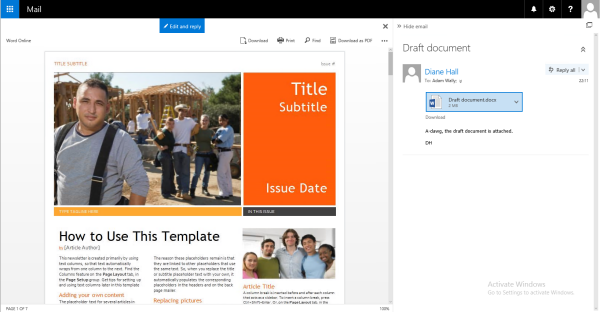 Office Online Server can provide a convenient Office document viewing and editing experience for your Outlook on the web users when you integrate it with Exchange 2016. Although the deployment of Office Online Server itself is not complicated, take care to size your servers appropriately so that your end users do not have a poor user experience.