For Not Real University, the organization is running in coexistence with Exchange Server 2010, 2013, and 2016. The goal is to remove all of the legacy servers, leaving only the Exchange 2016 Mailbox and Edge Transport servers in the environment. 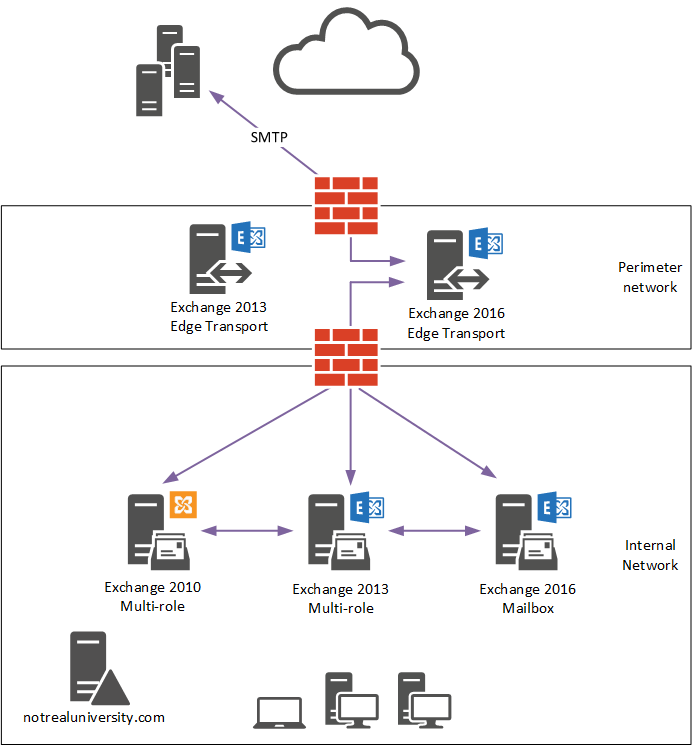 The Exchange 2013 Edge Transport server for Not Real University has already been shut down, but it’s worth taking a brief look at what steps you should perform to remove an Edge Transport server. The most important thing is to ensure no more mail flow is traversing the server. After removing the Edge Subscription, ensuring no MX records are still pointing at the server, and waiting a few hours or days, you can use protocol logs and message tracking logs to verify that no more SMTP connections are hitting the server and no more messages are being processed.

When you’re sure no more email is being processed by the server, you can shut it down for a few days as a final test. You can then power it back on when ready, and uninstall the Exchange Server application from the server.

The recommended practice for Exchange 2010 or later is to install multi-role servers, however it’s possible that you have installed your server roles on separate servers, so let’s look at them individually.

Client access services are no longer needed when there are no longer any mailboxes or public folders hosted on the legacy version of Exchange. The easiest way to verify that client connections are not hitting a server any more is to review the IIS logs. It’s normal to see some traffic in IIS logs from PowerShell connections, or server-to-server traffic (such as health probes), but as long as no regular users are showing up in the IIS logs on the server you can pretty safely consider it safe to remove.

However, it’s possible some internal mail flow is still passing through the server simple due to Exchange using all available routes that exist, and some traffic will still appear in message tracking logs. So as a precaution, you can pause the transport services on the server and see if that impacts your production mail flow.

You can also dismount the databases to determine if their removal is going to cause any problems.

For DAG members the approach is a little different. The process involves:

The uninstall of Exchange from the server can be initiated from the Control Panel, in Programs and Features or Add/Remove Programs, depending on your version of Windows Server. Exchange setup will warn you of any decommission steps that you’ve missed, and block you from proceeding with the uninstall if anything still needs to be addressed. When Exchange has been removed, you can complete the decommission of the Windows servers themselves by following your standard process. 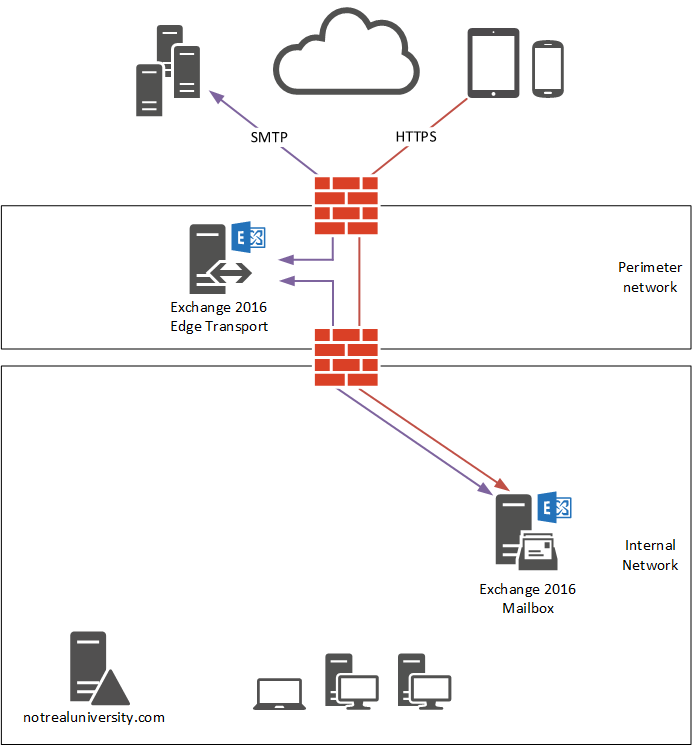 After the legacy Exchange servers have been removed, your migration to Exchange 2016 is complete.