In this tutorial we'll look at: 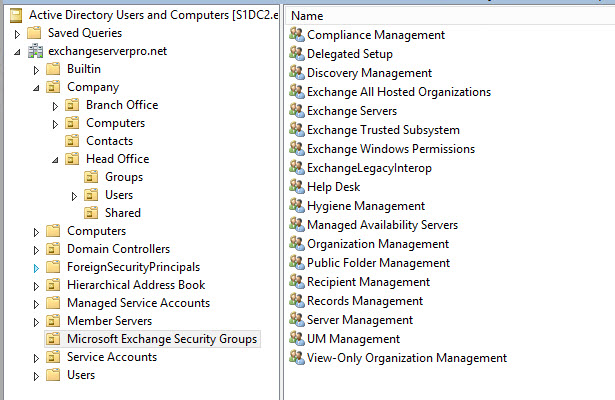 Some of those groups should already look familiar to you, such as Organization Management and Recipient Management. Some of the groups in that OU are for other purposes, such as the Exchange Trusted Subsystem group which contains computer accounts for Exchange servers. So if you want to see just the role groups, you can switch to the Exchange Management Shell instead and run the Get-RoleGroup cmdlet.

On my system there's 125 role entries for the Mail Recipients role, so I won't list them all here. But they basically include all the cmdlets you'd need for that purpose, such as Get-Mailbox, Set-Mailbox, and Enable-Mailbox (for mail-enabling an existing user). However, it is a separate management role called “Mail Recipient Creation” that has the role entries that permit creating entirely new recipients, such as New-Mailbox, New-MailUser, and New-MailContact. 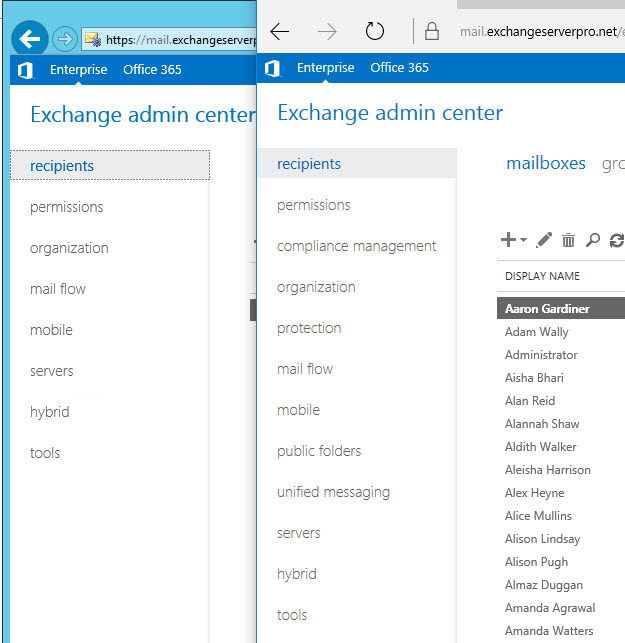 Some of the differences are obvious, for example the Recipient Management role group member can't see the compliance management section of the Exchange Admin Center. Others are not so obvious at first. Both users can see the mail flow section where things like Accepted Domains are managed. The Recipient Management role group holder can still see that section, because they need to be able to “see” the list of accepted domains in the organization when assigning SMTP addresses to recipients. But they can't edit any of the accepted domains, nor can they add new ones.

So to summarize what's been covered so far, RBAC is made up of:

Once you are comfortable with those basics, you can start looking at creating custom roles.

Let's say that you have a user in the organization who is responsible for managing mail contacts. To provide them with the permissions to perform that task, without any additional effort on your part, you would need to add them to the Recipient Management role group. However, that role group permits them to do much more than just manage the mail contacts they are responsible for, so it doesn't align with the least privilege approach to security.

The more sensible approach is to create a custom RBAC role and assign it to that user, or to a role group that the user can be made a member of.

The easiest way to create a custom role is by using the Exchange Admin Center. In the permissions section under admin roles, click the icon to create a new role group. 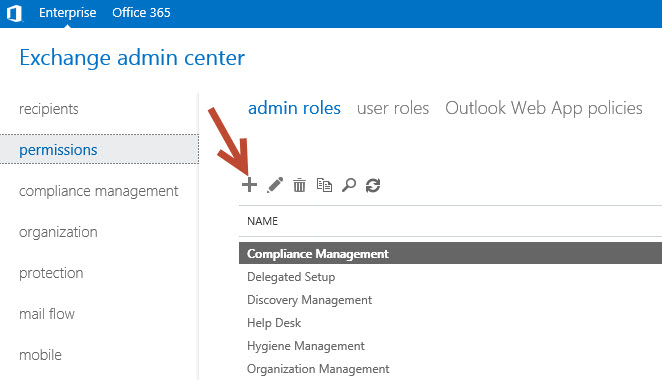 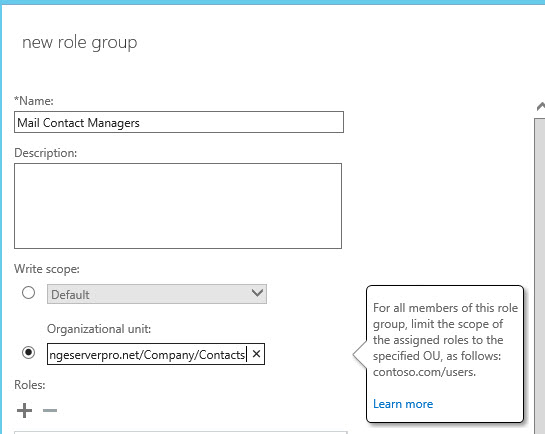 Next, click the icon to add a role. In scanning through the list of existing roles (remember, these are collections of role entries), there doesn't appear to be one already created for managing mail contacts. So a custom role (or two) with the role entries for managing contacts needs to be created. Creating custom roles is easiest when you create the custom role based on an existing role, and then customize it for your needs. In this case, Mail Recipients and Mail Recipient Creation are the two roles to base the new custom roles on.

The next step is to remove the unwanted role entries from each of the custom roles, so that they're only left with the capability to manage mail contacts.

With a slightly different approach you could also create one single custom role containing all of the role entries you need, instead of two custom roles. But this approach of creating custom roles based of existing roles is a nice, easy way to do the task.

Finally, add the users who will be performing the administrative tasks to the role group as members, and save the new role group. 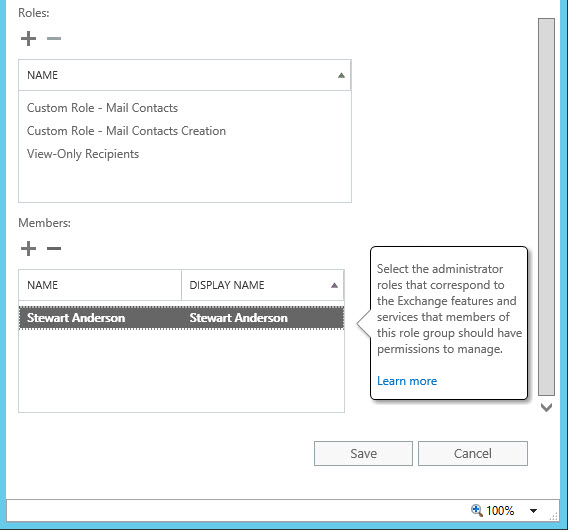 When the members of the new “Mail Contact Managers” role group log in to the Exchange Admin Center, they'll be able to see the recipients in the organization (just as they can see them in the global address list via Outlook), and in the Contacts area will be able to create new Mail Contacts. If the role group member shown above tries to create a contact in an OU other than the one their role has been scoped to, they'll receive an error. 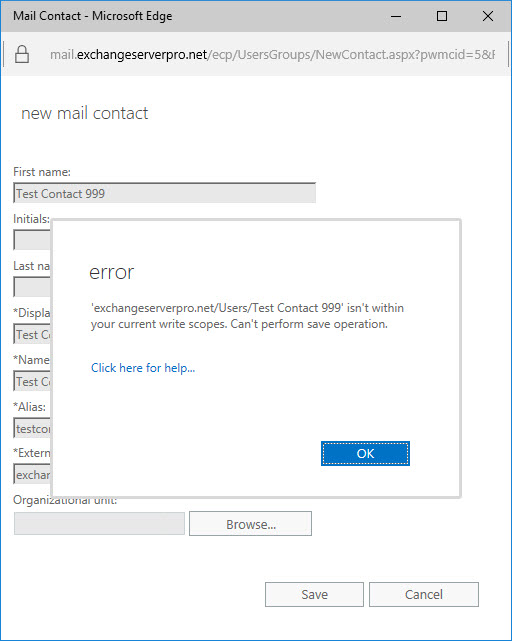 But if they choose the correct OU when creating the contact, they'll be successful. The same OU restrictions also apply to modifying or deleting contacts.