You are here: Home / Exchange Server / Surviving the Death of Small Business Server 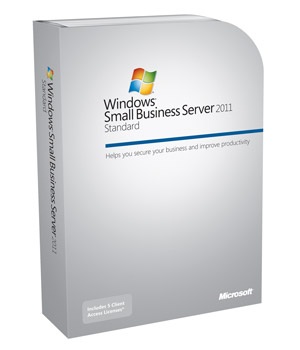 Microsoft sent a ripple through the small business IT pro community this week with the formal announcement that there would be no further editions of Small Business Server.

This makes the current version, SBS 2011, the last one that will exist in the market.

Versions of Small Business Server dates back as far as the NT 4.0 era, and SBS has been at the IT heart of many small businesses around the world. SBS was basically a single server that combined the a Windows server operating system, domain controller role, core network services, a version of Exchange Server, and depending on the edition may also include various components such as SharePoint, ISA, and SQL Server.

Although many people are critical of Small Business Server, particularly when it combines products in ways that are completely against best practice, it does happen to included some pretty cool functionality such as Remote Web Workplace and has very user friendly administrative wizards to help small business owners perform some of the more common administrative tasks.

The Business of Small Business Server

A thriving community of small business IT pros has grown around Small Business Server and some of them have expressed their anger and disappointment at Microsoft’s decision to discontinue the product line.

I have a soft spot for SBS having deployed it in my wife’s business many years ago, and even having experienced the migration process to go from one version to the next. It has been a steady workhorse for their business and caused me no serious problems at all.

But the IT landscape is changing, heading to a more cloud-based model, and Microsoft is putting more and more investment in the products that enable that change to occur.

You only need to look at their commitment to developing a leading virtualization platform, their moves in the System Centre product family, and the rapid evolution of Office 365 to understand where Microsoft’s future direction lies.

Marrying yourself to a product is a ticket on a slow ride to obsolescence. Just ask anyone who still insists on scripting in VBS, as Microsoft prepares to drop a new line of products on us that are entirely PowerShell driven 😉

Thank you Orin. And yes, even though I’m “Exchange Server Pro” today, I don’t assume that will last forever.

So where does that leave those small business IT pros who have built up their livelihood around Small Business Server?

Each of those is still under mainstream support for another year or more (depending on service packs), and extended support for many more years, so there is no need for immediate panic.

That said, I wouldn’t waste time looking for the next solution once the new wave of Microsoft servers RTM later this year. If only because you risk being left behind as the market moves on.

The strongest objections I’ve read so far is that small businesses that are operating on low bandwidth internet connections (either due to costs or geographic location), or those with specific data protection/compliance requirements, simply cannot move to Office 365 as Microsoft presumably wants them to.

I can’t argue against that point of view since I also suffer from a relatively slow internet connection where I live, and my wife’s business has its own concerns about where their data is hosted.

In fact, I am in complete support of those who genuinely need an on-premise solution.

Today’s announcement of the Windows Server 2012 licensing details (read Aidan Finn’s post for a detailed explanation) tells us that the Standard edition license will provide for 2 virtual machines on a single host (read Aidan’s other article here for virtualization licensing scenarios).

So, while we don’t yet know exactly what is coming with Exchange Server 2013, we could anticipate that a good small business IT solution for those with basic file/print/email needs and a poor internet connection, will be a single server running two guest VMs, one as a domain controller and the other as an Exchange server.

This wouldn’t surprise me at all, especially after speaking at an small business IT pro event a few months ago and hearing about the heavy use of virtualization among their customers these days.

The pricing will make or break such an option though.

Note: Susan Bradley posted her own thoughts about this scenario here.

I’ve worked with a few of them before (such as Kerio Connect and Zimbra), but usually in the context of migrating off them onto Exchange. I generally found them to be decent in many ways, painful in some other ways, but overall pretty good.

However, they aren’t necessarily cheaper than Microsoft’s offerings. In some cases you can get them completely free if you are willing to forgo support, but that is a risky situation for businesses and not one I’d be comfortable recommending myself.

There is also then the challenge of migrating to the new platform, and once on it the overhead of yet another product to learn and support.

That said, the small business IT pros I met a few months ago all had very broad knowledge due to the large number of products they support for their customers already. So learning another one may not be such a bad thing, although personally I would prefer to stick with the one I already know.

As one more point about non-Microsoft platforms, if you think they are a way to avoid moving to the cloud just take a look at the websites for these products. Many of them have cloud/hosted solutions on offer today, and I assure you they would love to have more customers on a subscription-based cloud platform providing them a steady stream of revenue.

I sometimes find it funny that for an industry that prospers on the constant evolution of technology, and profits from the never ending cycle of upgrades that our customers go through, that so many people in IT react poorly to change.

This is IT. Things change. You either change with them, or you die too.