When you first deploy an Exchange Server 2016 database availability group, or any time later when you add a new member to the DAG, there will be some steps required to manage the database copies within the DAG. 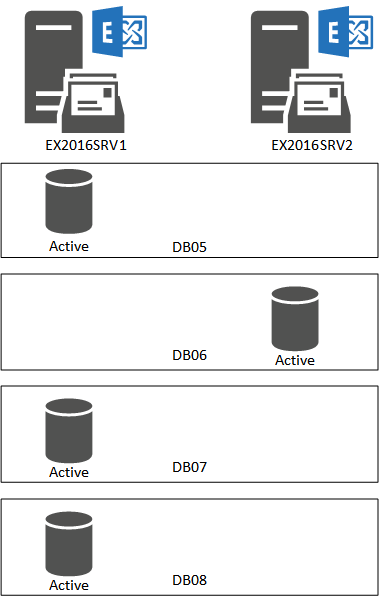 To view this in PowerShell we can run the Get-MailboxDatabaseCopyStatus cmdlet.

If you have other databases in your organization they will also appear in the output above. I have removed mine for the sake of clarity.

In this article I will demonstrate how to:

The objective in this scenario is to add database copies so that each database has two copies for high availability, one on each DAG member. To achieve this we use the Add-MailboxDatabaseCopy cmdlet. For example, this command will add a copy of DB06 (currently hosted on EX2016SRV2) to the DAG member EX2016SRV1.

When you add a new database copy you’ll see a warning message: “Please restart the Microsoft Exchange Information Store service on server SERVERNAME after adding new mailbox databases.” An explanation of this warning can be read here.

The seeding time will depend on the amount of data that needs to be copied and the network bandwidth that is available. The seeding will occur from the database copy that is currently active. If you’re seeding across a slower WAN connection and there is already another passive copy in that datacenter that would be faster to seed from because it is closer, you can modify the command shown above to postpone seeding.

Then, manually start the seeding process using Update-MailboxDatabaseCopy and specify which DAG member to seed from.

So we can simply pipe that into Add-MailboxDatabaseCopy to add copies to EX2016SRV2.

Run Get-MailboxDatabaseCopyStatus to see the results.

For example, to remove the copy of DB05 from the DAG member EX2013SRV2 we run this command.

To remove all of the database copies from a DAG member without being prompted for confirmation use the following command.

Warning: This will remove all of the database copies from the server without prompting for confirmation first.

If you try to remove a database copy that is currently active it will fail with an error message similar to this.

If you were doing this as part of a server decommission you would simply move the active database copy to another server, then re-run Remove-MailboxDatabaseCopy.

Depending on how you first built your DAG you may have an unbalanced distribution of activation preferences across your database copies. For example in my DAG this is the current layout of the AP values. When all active database copies are the AP=1 copy the DAG will generally function just fine, but the storage IOPS will not be even and it’s possible that some operations such as an unplanned failover may take longer. 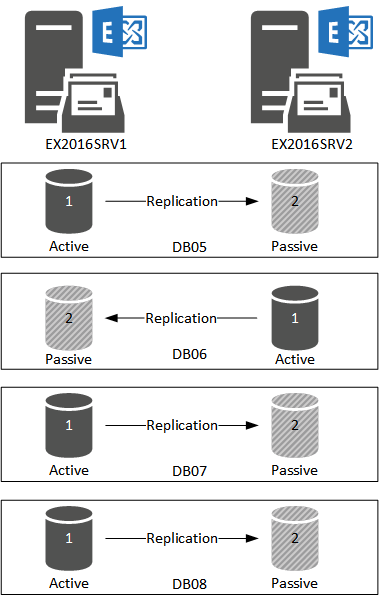 We can balance our activation preferences using some PowerShell scripts, which I’ve previously written about in my article on PowerShell Scripts for Balancing Database Availability Groups. Following the guidance in that article I can run the following command to balance my AP distribution. 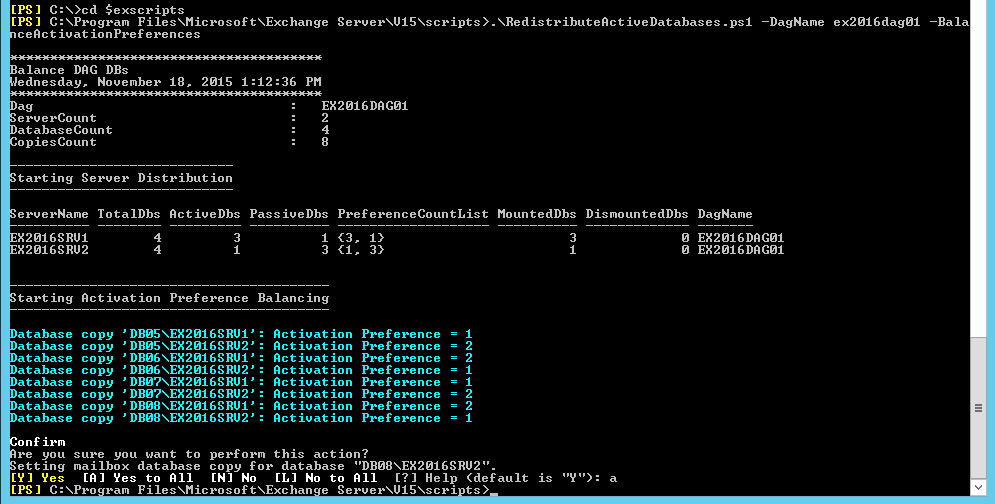 With the AP values more evenly distributed, but now it means some of my active database copies are not the most preferred copy. This in itself is not a problem, but as mentioned earlier a balanced DAG has benefits. 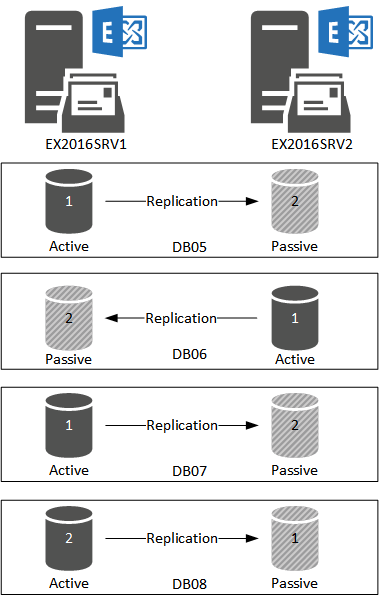 I can rebalance the active database copies with this command.