Microsoft Forms is an Office 365 app that allows users to build surveys, questionnaires, quizzes, and other data collection forms. Until now Forms has been focused on the education market, and as such has only been available to Education customers in Office 365.

A recent addition to the Office 365 road map indicates that Forms is on its way to commercial tenants as well, noted as a Preview. 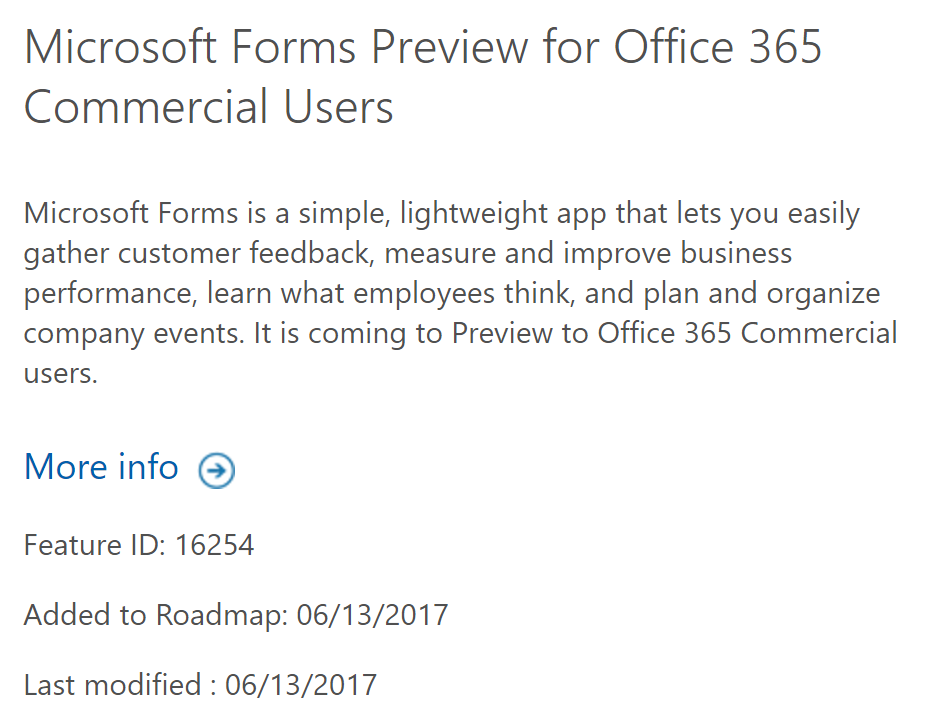 Today as I poke around the admin portal I’ve discovered that Forms has arrived for all of my tenants. My Message Center has no notices about it, nor does the official Office 365 blog. Perhaps the roll out has just begun and the announcements are forthcoming. Update: a Message Center notice has now appeared in my tenant, and refers to this Forms release as a Preview. 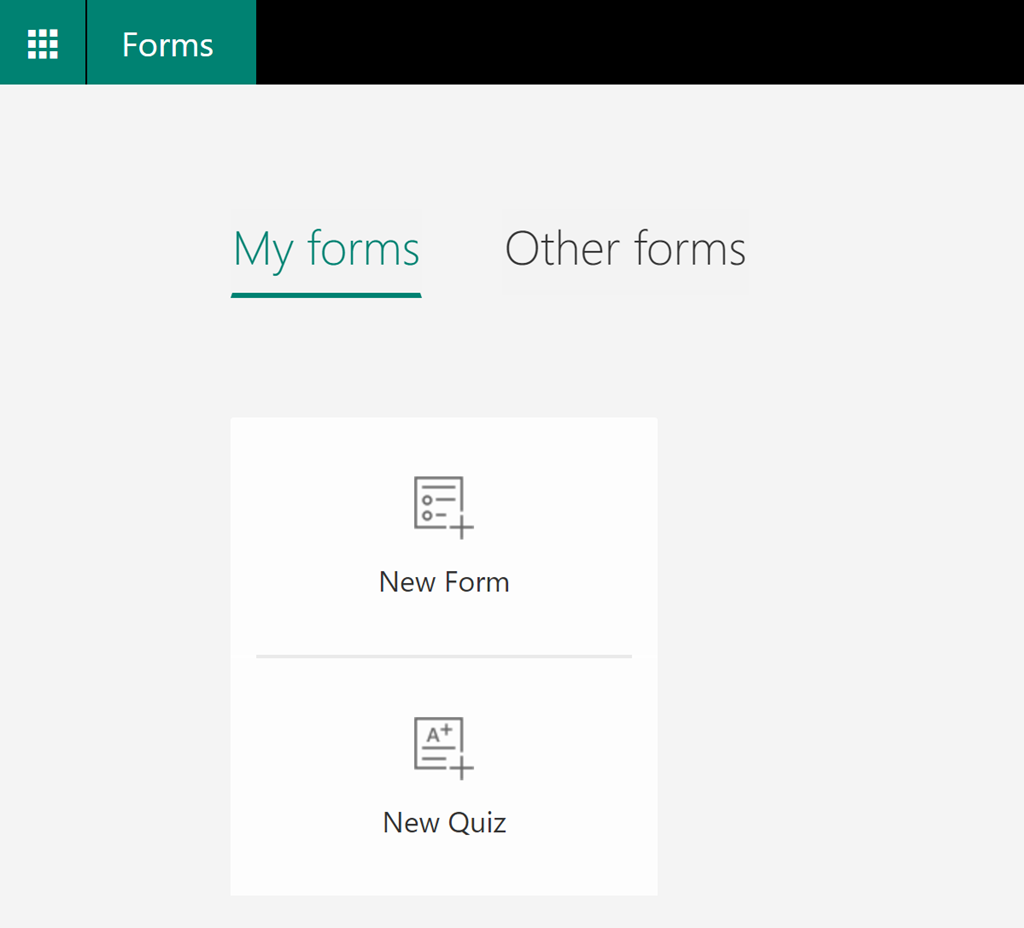 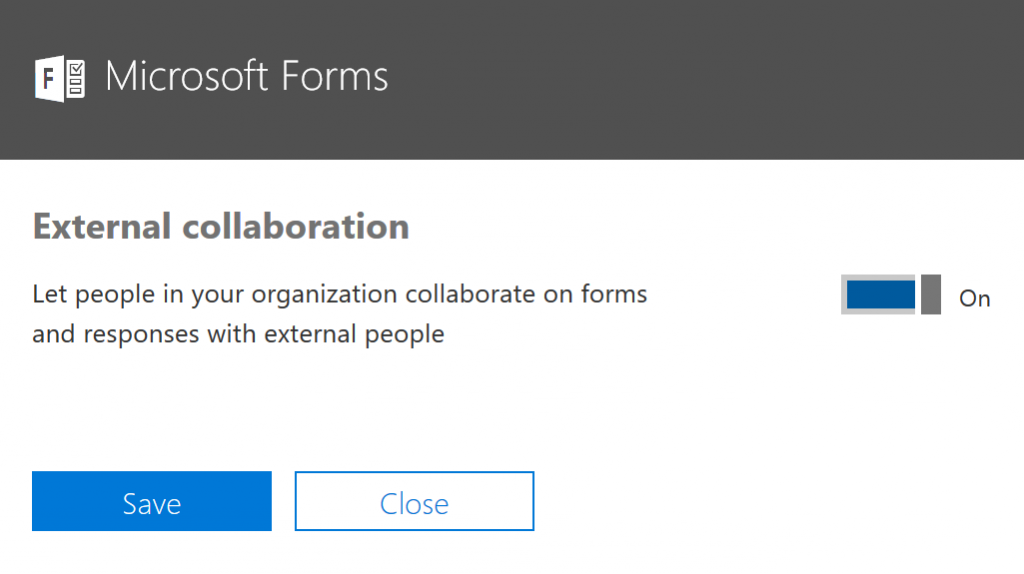 Obviously Forms is well suited to external data collection, such as running marketing surveys or collecting registration information for events. That’s where the trouble begins for some organizations though, with concerns over the type of data collection that their users might try to use it for, and where that data is subsequently stored. It would be bad if a user unwittingly designed an event registration form that collected credit card details or other sensitive information. The control above only limits external collaboration though, not external responses, so if you’d like to be absolutely sure that none of your users start collecting external data you’ll need to disable Forms entirely for them.

As an on-by-default feature, you need to disable Forms by managing licensing. Forms now appears in the per-user licensing options in the Office 365 admin portal. 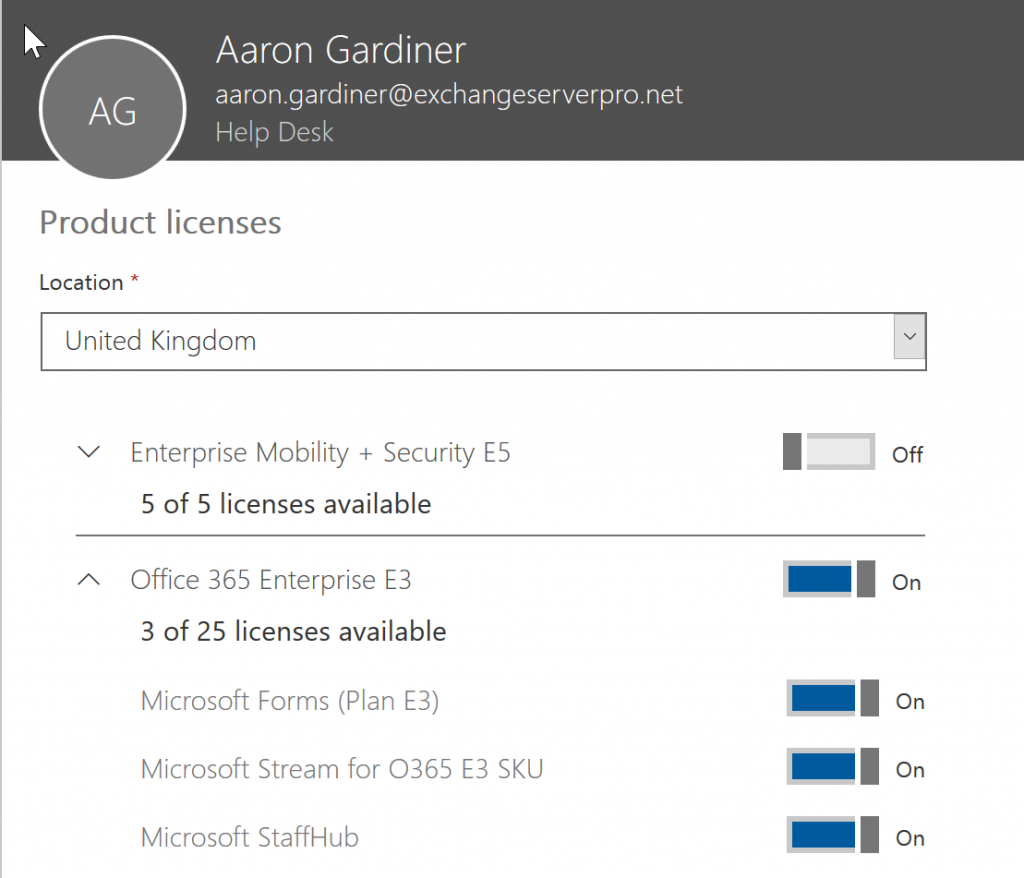 Forms is also available as an option in Azure AD group-based licensing, if that is how you’re managing your licenses.

It’s good to see Forms finally show up in commercial tenants. I run a lot of surveys myself, so I’ll be exploring it with interest.  Update: My Message Center has been updated with a notice about the Forms Preview release.