“Office 365 is an extremely reliable service…” opens the Microsoft article announcing the availability of the new Support and Recovery Assistant (SaRA). It’s true, Office 365 is a reliable, resilient service, which is remarkable considering the scale and complexity of the service. Naturally you’re going to notice problems accessing and using Office 365 services from time to time. Microsoft is well aware of this, after all they take the support calls when things go wrong. And as they’ve learned, a lot of support calls are generated by factors outside of Microsoft’s direct control, such as client-side issues, network connectivity issues, DNS problems, and more.

Which is why SaRA exists; to help identity those issues and quickly narrow the possible root causes. The sooner problems can be resolved (and even better, resolved by customers before they need to call Microsoft), the better it is for customers and the lower the costs are for Microsoft. It’s similar to the reasons behind the development of Exchange Analyzer – building tools that help customers identity common issues and fix them, without the time and expense of contacting someone else for support.

SaRA is positioned as a tool that end users or their IT support staff can run directly on the computer that is experiencing a problem. SaRA requires administrative rights to install, which is fine for BYOD and some other environments where local admin control is provided to the user, otherwise IT staff will need to help the user install and run the tool. 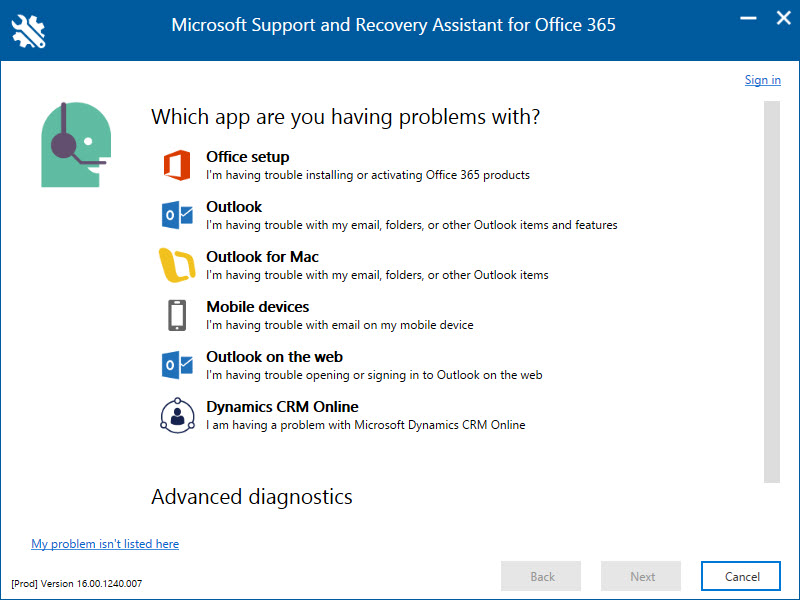 The scenarios make sense, covering Office setup, Outlook, mobile devices, webmail, and even Dynamics CRM Online. When you select a category of problems, such as Outlook, the next step is to select from a list of common issues. 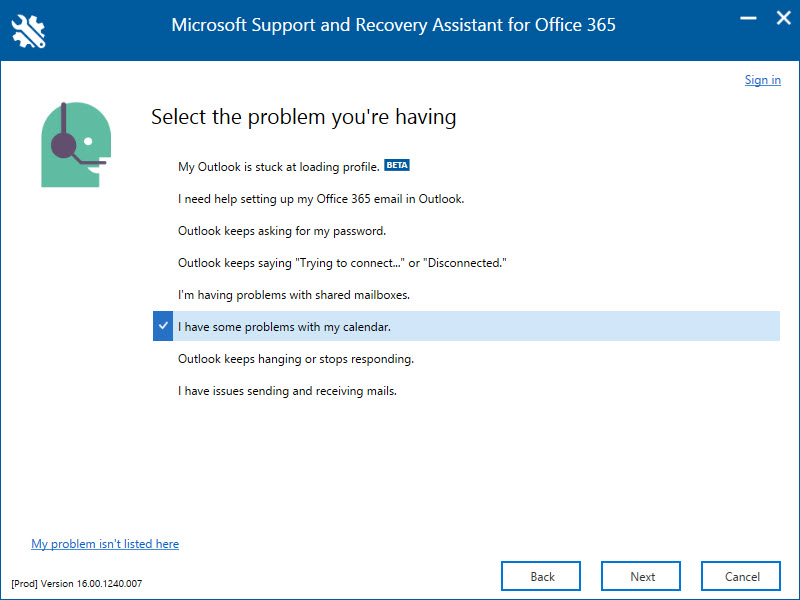 No doubt those are the most common issues Microsoft Support hears about, but you can also provide feedback if your particular problem isn’t listed there by clicking the link at the bottom left of the app. 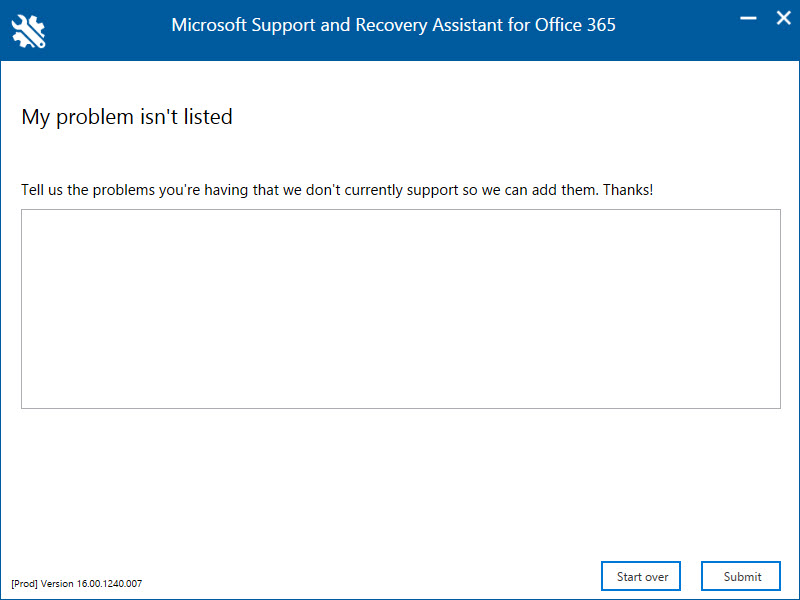 We’re seeing this type of feedback-driven development a lot lately, for example in the Outlook mobile apps users can raise tickets and feature requests directly to the development team from within the application. The most sought after items are quickly delivered in updates to customers. If you want to see tools like SaRA get better, start running it as often as you can and give feedback for any scenarios that aren’t listed.

Each problem scenario asks a series of questions relevant to that scenario. At some stage you’ll be asked to log in with your Office 365 credentials so that diagnostics can be run. If diagnostics detect a problem then they’ll tell you about it. 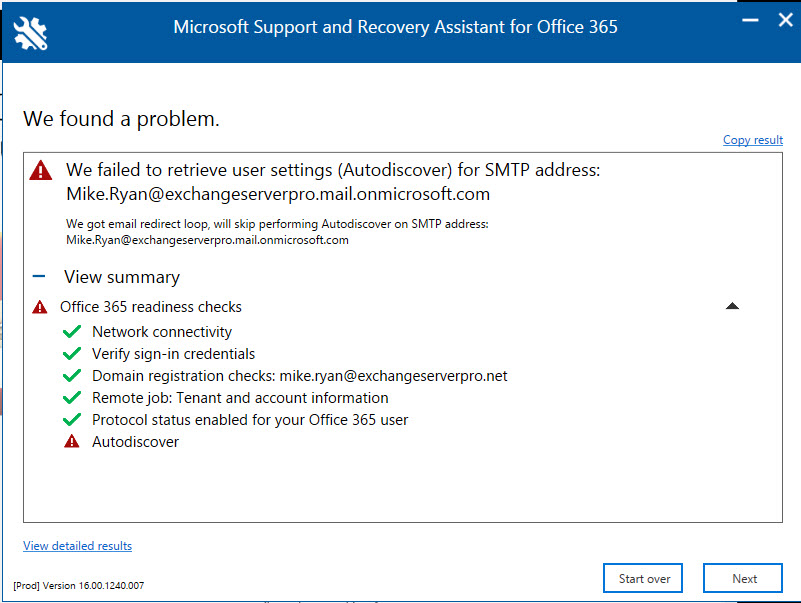 This is similar to the way the Remote Connectivity Analyzer works, running automated diagnostics using credentials you supply, and then showing you were problems have occurred. The ExRCA doesn’t make many suggestions for how to fix problems though, and it certainly can’t fix them itself, whereas in some cases SaRA can actually correct issues on the local machine.

Overall I’m impressed with what SaRA is capable of today. I’ve run it on a few machines so far, and although I have no major issues for it to find right now (other than my Hybrid lab’s Autodiscover being broken, apparently), it worked well. My only criticism is that in some cases where I wanted to start over at the beginning, the app forced me to quit entirely and then relaunch the tool instead of just giving me a “Start again” button.

You can access the Office 365 Support and Recovery Assistant at diagnostics.office.com.