Skip to content
PowerShell for Beginners – An Introduction to the Basics

In the modern world, everyone is striving towards automation. For an Administrator, performing same repetitive tasks can become monotonous which in turn not only reduces the efficiency but can also leads to errors.

PowerShell is an interactive command line tool through which you can automate such mundane tasks. You can execute programs known as ‘script (saved as .ps1 file)’ which contains various cmdlets for the respective task.

What is a cmdlet?

A cmdlet is simply a command through which you can perform an action. The two most helpful cmdlets that everyone should be aware of are:

In the below screenshot, you found all the available cmdlets that contain the word ‘service’ and therefore, found the cmdlet to restart a service.

But how can you make use of this cmdlet? You can find more information about it using the cmdlet ‘Get-Help’.

This provides the basic information about the cmdlet and what all parameters can be used in it.

If you want to find the MS article about a cmdlet, just add the parameter ‘-Online’ at the end and it will open the MS page in the browser.

Any character that has a symbol ‘$’ in front of it becomes a variable. A variable comes in play when you need to store a value so that you can make use of it later in the script.eg

You have 2 values ‘10’ and ‘4’ and you must perform 3 functions on it, like addition, subtraction, multiplication. So, there are 2 ways to perform this task

There are different data types in PowerShell that include integers, floating-point values, strings, Booleans, and DateTime values which are like what you use in our daily life. The GetType method returns the current data type of the given variable.

Variables may be converted from one type to another by explicit conversion.

Arrays are most often used to contain a list of values, such as a list of usernames or cities. PowerShell arrays can be defined by wrapping a list of items in parentheses and prefacing with the ‘@’ symbol. Eg

Items within an array can be accessed using their numerical index, beginning with 0, within square brackets like so: $nameArray[0]. Eg

$nameArray[0] will be the first value in the array, ie “John”

$nameArray[1] will be the second value in the array, ie “Joe”

Practice 1: Create arrays 1 and 2 as below. The 3rd array should show the sum of each corresponding value in array 1 and 2.

Note: Make use of the concept of concatenation. Our focus should be to understand how indexing happens in an array and how you can make use of it to achieve the above task.

A more advanced form of array, known as a hashtable, is assigned with squiggly brackets prefaced by the ‘@’ sign. While arrays are typically (but not always) used to contain similar data, hashtables are better suited for related (rather than similar) data. Individual items within a hashtable are named rather than assigned a numerical index, eg

Items within a hashtable are easily accessed using the variable and the key name. eg

$user.LastName will return the value ”Smith”.

To easily understand hashtables, you can relate it to the following example.

Now if you store the above table in a hashtable “$user”, then in order to call the first column you would have to run the command “$user.FirstName” and it will list out all the first names in column 1.

Practice 2: Create 2 hashtables as below and the third hashtable should be calculated as (DaysWorked * SalaryPerDay). 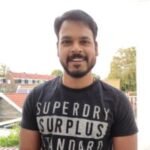 Alex is an expert in various Messaging technologies like Microsoft Exchange, O365, IronPort, Symantec Messaging Gateway. He is passionate about PowerShell scripting and like to automate day to day activities to improve efficiency and overall productivity.