When Office 365 Groups are deleted they are retained for 30 days by default in a “soft deleted” state. Administrators can restore the group within that period if desired. All of the Group data, including associated applications such as Teams and Planner is included in this restore capability. It works, but as I discovered in my testing, the process takes some time to complete in the background, and not all data and services will be immediately available after a restore.

To give this new capability a test I created three new Groups using Outlook, Teams, and Planner (actually four, because of an error in Planner). The new Groups appeared in my Office 365 Groups report output as new Groups. 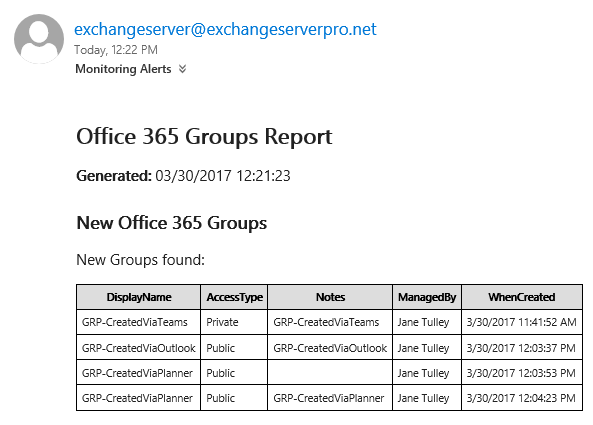 Next, I deleted each Group through the same application that was used to create it. Another run of the report script shows the Groups as deleted.

Originally the Groups recovery process was only available in PowerShell. Microsoft has since added the ability to recover a Group using the Exchange Admin Center.

The PowerShell-driven process involves a few more steps, as you’d expect. To view a list of soft deleted Groups we can use the Get-AzureADMSDeletedGroup cmdlet in PowerShell. This cmdlet is available today in the AzureADPreview PowerShell module, and we can expect it to be added to the AzureAD module in the near future.

Once you know the Id of the Group you want to restore, the Restore-AzureADMSDeletedDirectoryObject cmdlet is used to restore it.

Microsoft warns that this process should take only a few minutes, but can take up to 24 hours in some cases. When the restore is complete, the Group will be available using Get-AzureADMSGroup.

The restored Group now appears as a new Group in my report.

One thing I noticed in my testing is that the Group members are restored along with the Group, except for the Group admin. In my case, all three Groups that I deleted using Jane Tulley’s account, did not restore her membership of those Groups. For the Outlook and Planner-created Groups, Jane was able to simply rejoin them, because they were public Groups (which is the default).

For the Teams-created Group, the Group type defaulted to private. When Jane attempts to rejoin, an approval request is sent to the Group admin, which is herself in this case. Clicking the link to “go to Group members” and add herself didn’t work. 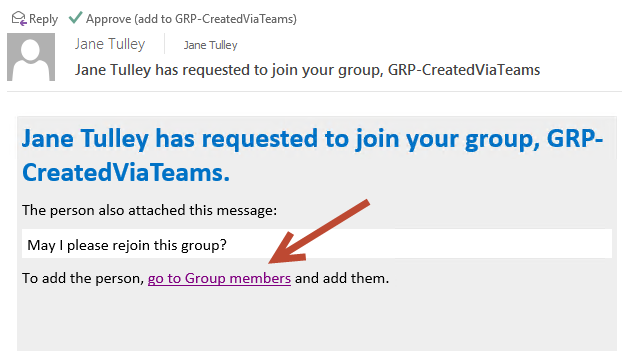 The dialog for adding members shows that she is the admin, but won’t let her add herself as a member. 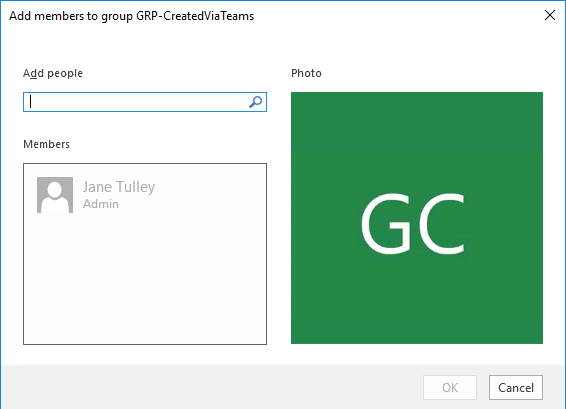 If she uses the Approve button in the email instead, then her membership is approved successfully. 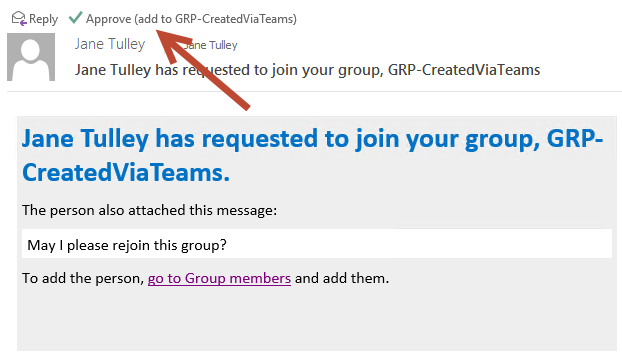 However, although the rejoined Group appears in Jane’s Outlook, it does not appear in her Teams desktop client or web client. As a private Group, the Team also can’t be seen in the list of available public teams to join. However, after changing the Group from private to public, and then waiting a short time, the Team appeared as a public Team for other users who were not already members, but not for Jane Tulley who is a member and admin for the Group. Presumably the Team doesn’t appear in the list of Teams to join for Jane because she’s already a member. Eventually, a few hours later, the Team appeared in Jane’s Teams client.

This seems to be a wider issue with Teams when Groups are restored. I ran the test again, this time with a public Team that had multiple members. Again, the restored Team did not appear in any Teams desktop or web clients until the member was removed from the Group, then they could see the Team in the list. However, attempting to join a restored Team fails.

I ran through a variety of test scenarios, creating and deleting Teams. As a side note, here’s a simple one-liner for restoring all soft deleted Groups.

In some cases, public Teams that had been restored appeared almost immediately for other users to join, however could be joined by new members. The same error shown above was occurring. 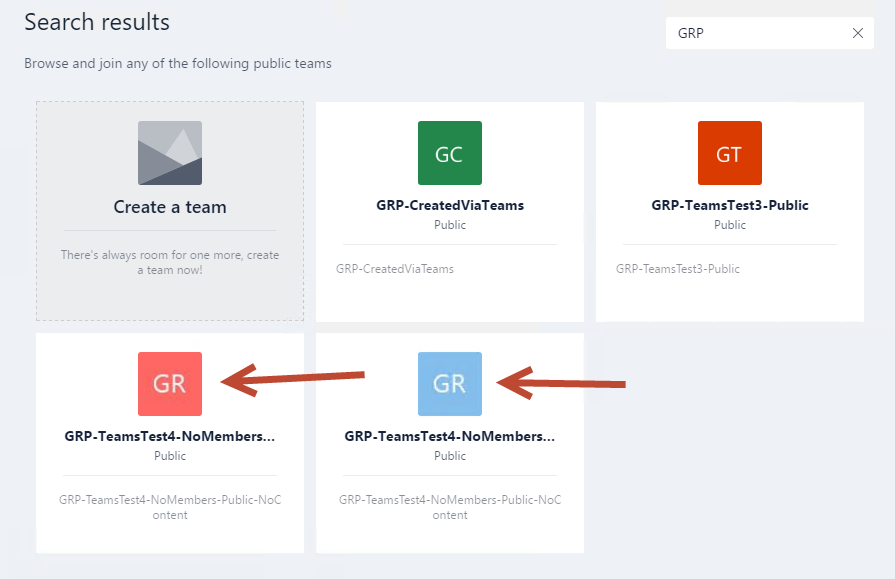 After a few hours of testing, eventually all of the restored Teams were able to be accessed again, and the public Teams could be joined by new members. This may have all been just a symptom of the delays during restoration that Microsoft indicated could take up to 24 hours.