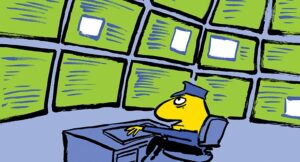 Lots of excitement was generated when Guardicore revealed a purported vulnerability with the Exchange Autodiscover service. However, the almost total lack of detail about the configuration used for testing and to generate the reported results makes it impossible for Exchange administrators to check the theory against their own deployment. I don't think a problem exists with Exchange Online, but it's possible that poor DNS practice or flawed third-party clients could cause an issue with on-premises servers. The case remains to be proved.