Microsoft provides many methods to manage a tenant’s data and users.  PowerShell is a powerful tool to manage resources, including Conditional Access Policies using a set of cmdlets in the AzureAD module.  In this article, we review the eight PowerShell cmdlets and how to use them.

**Note that both the AzureAD and AzureADPreview PowerShell modules contain these cmdlets.

After connecting, we can get a list of available PowerShell cmdlets by using these two one-liners:
Get-Command *conditional*
Get-Command *named*

Conditional Access Policies set conditions to determine the conditions under which users receive access to apps.  These conditions can consist of locations, one or more users, applications, platforms, and more.

In the following examples, we examine these conditions to see what we can configure with PowerShell.

In a new or Greenfield Azure AD, there are no Named Locations that can be used by Conditional Access and we need to either create these in Azure AD or with PowerShell.  To create a new Named Location policy, we need to use the New-AzureADMSNamedLocationPolicy cmdlet.

When creating a new Named location, we need to keep a couple of things in mind:

For the first Named Location, we can use some base criteria – Chicago Office, IP Range of 10.25.0.0 with a subnet mask of 16 bits and we will mark this location as a trusted location. A second location can also be created for a New York Office, with an IP range of 10.26.0.0 and the same subnet mask of 16 bits. PowerShell is required to create the Named Location.  Notice that there is an MS Graph object for the IP subnet of the office in the example below.

We can validate the properties of the locations with the Get-AzureADMSNamedLocationPolicy cmdlet, which we should do before proceeding:

** To be fair, the same output is also generated when creating a Named Location, but the above illustrates what can be seen with the Get-* portion of the Named Location cmdlets.

** Be careful with the ‘All’ Applications AND ‘All’ user settings as this does affect the Azure AD Portal as well, which means you could get locked out of the portal and not able to change your CA Policies.  Make sure to have a Break Glass Account created and excluded as shown here [Users.ExcludeUsers].  For more information on Break Glass Accounts, refer to this blog post.

Next, we need to configure Grant Controls for the MFA requirement.  Like the Conditions above we also need a Graph object and provide an operator (‘Or’ / ‘And’) as well as the control, in our case MFA:
$CAControls = New-Object -TypeName Microsoft.Open.MSGraph.Model.ConditionalAccessGrantControls
$CAControls._Operator = "OR"
$CAControls.BuiltInControls = "Mfa"

** A list of available BuiltInControls can be found here.

We now have our $CAConditions object and $CAControls object populated with the required settings and can use this to create a CA Policy per our initial requirements:
New-AzureADMSConditionalAccessPolicy -DisplayName "CloudApps-MFA-CorpWide" -State "Enabled" -Conditions $CAConditions -GrantControls $CAControls

Unfortunately, all the settings put in place for this CA Policy are obfuscated by ‘System.Collections’ as the properties contain complex data sets. To validate settings for the CA Policy we must pick apart each condition to see what is present. Applications, Users and Locations are all sub-properties of the Conditions property on a CA Policy; thus we can break each of these sections down like so:
((Get-AzureADMSConditionalAccessPolicy).Conditions).Applications

In all cases, Applications, Users and Locations are listed in the Conditional Access Policies as ObjectIds.  If a report were generated for management, additional PowerShell queries would be needed to convert these values to names.  Converting the ObjectIds to names would also help with verification or documenting/auditing CA Policies.

Now that we have a CA Policy in place, we can use PowerShell to update Applications, Users, Locations and Controls as well as other unconfigured items like Platforms and Sign-In Risk.

Changing the Enforcement of a CA Policy
One change that could be implemented is changing the state of the CA Policy.  CA Policies have three states: EnabledForReportingButNotEnforced, Enabled and Disabled.  For example, if a new CA Policy is in place and users are prompted for MFA when inside a corporate location, then the policy could potentially be disabled or set to report only until troubleshooting is performed:
Set-AzureADMSConditionalAccessPolicy -PolicyId 21bdd8c1-bb5c-40d1-a4de-926888c69163 -State Disabled
Set-AzureADMSConditionalAccessPolicy -PolicyId 21bdd8c1-bb5c-40d1-a4de-926888c69163 -State EnabledForReportingButNotEnforced

Changing CA Policy Controls
In the previous example, there is a requirement for an MFA prompt when using a cloud app and connecting from outside the two Named Locations.   These controls can also be adjusted if additional security requirements are needed or possible alternatives (Azure AD Joined / Compliance).  Controls on CA Policies can also be combined (AND) versus the one control (OR) that was in the previous example.

For example, if we want to add that when a user accesses a cloud app, while external, they need to do so from a Compliant Device AND they must be prompted for MFA, we can do so by creating a new Control object and then apply this to the existing CA Policy.  A Compliant Device is a device that meets a specified list of criteria that is predefined like OS version level, not jailbroken, etc. First the Controls:
$CAControls = New-Object -TypeName Microsoft.Open.MSGraph.Model.ConditionalAccessGrantControls
$CAControls._Operator = "AND"
$CAControls.BuiltInControls = "Mfa","CompliantDevice"

Notice that we have an AND operator, which declares that both Controls need to be true.  Also, of note, is that the configured Controls are MFA and a Compliant Device.  These controls are then applied to an existing CA Policy, overwriting any existing settings:
Set-AzureADMSConditionalAccessPolicy -PolicyId 21bdd8c1-bb5c-40d1-a4de-926888c69163s -GrantControls $CAControls

No prompt is given, so be careful with the removal of CA Policies.

As mentioned previously, Conditional Access Policies use the concept of Named Locations to correspond to physical locations in an organization’s environment. We can use the Get-AzureADMSNamedLocationPolicy to compare what is shown in PowerShell and what is displayed in the Azure AD portal for Named locations. This is useful for validating a configuration as well as understanding any differences between the two displays:

Organizations change over time which might mean that changes are needed for named locations. For example, you might need to rename locations, add subnets, remove subnets, mark them as trusted, or remove the trust. All these changes can be performed with the Set-AzureADMSNamedLocationPolicy cmdlet. Let us see what it takes to make each of these changes:

When offices close or are no longer needed for a Conditional Access Policy, the Named Locations can be removed if there is a desire to do so. Leaving the Named Locations behind does not create a security risk. We first need to determine if there are any existing Conditional Access Policies that contain the location. We can pick these out from the Conditions property of the CA Policy and look at the Locations sub-property, which stores the location as a System.Collections.Generic.List:

We can reveal the GUID:
((Get-AzureADMSConditionalAccessPolicy).Conditions).Locations

Let us assume we need to remove our Chicago Office, which is a Named Location:

The ‘Id’ value is what we can use to match to the Locations.IncludeLocations value in the CA. To find any CA Policy with this Named Location, we need to match the value like so:
$OldNamedLocationId = (Get-AzureADMSNamedLocationPolicy | Where {$_.DisplayName -eq 'Chicago office'}).Id
$CAPolicies = Get-AzureADMSConditionalAccessPolicy
Foreach ($CAPolicy in $CAPolicies) {
If ($OldNamedLocationId -eq((($CAPolicy).Conditions).Locations).IncludeLocations) {
Write-Host "CA Policy $($CAPolicy.Id) contains the Named Location."
}
}

Now no results are returned, and we are safe to remove the Named Location:

From the article, we can see that Microsoft provides a set of PowerShell cmdlets that provide a convenient access point to Conditional Access Policies. These CA Policies can be created, modified, and even removed as with these cmdlets. We also have cmdlets to create Named Locations, which can, in turn, be used by the Conditional Access Policies. Potential uses for these cmdlets span from creation and management of CA Policies to documentation and auditing of Policies for security personnel/consultants needing to verify the security stance of an organization. Make sure to read the documentation links provided in this article as well as the Get-Help for the cmdlets for guidance on values to be used for the various moving parts of a policy – Locations, Platforms, Grant Controls, Session controls, and more. 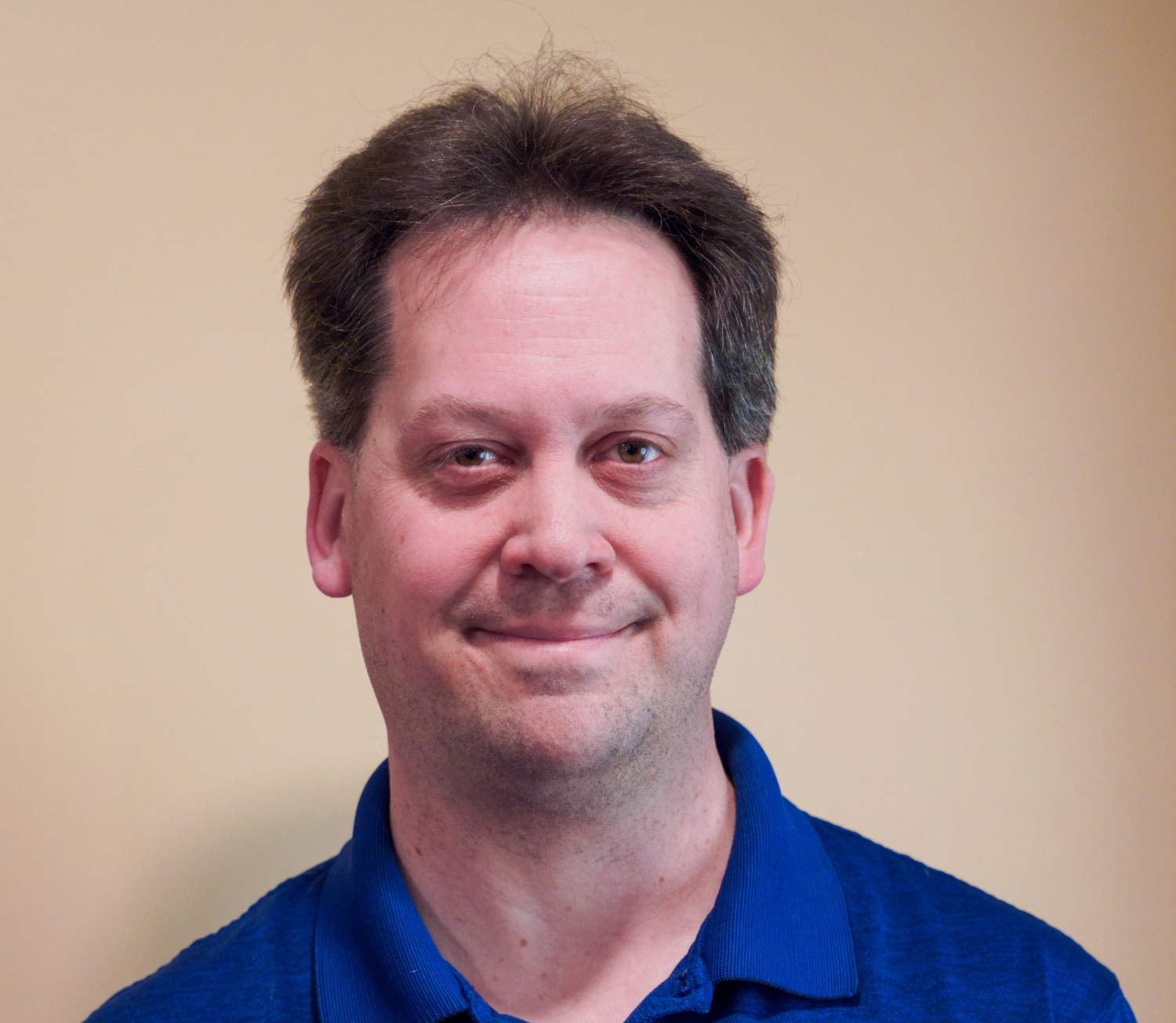 Damian Scoles is an eight-time Microsoft MVP, specializing in Exchange, Office 365 and PowerShell. He is currently based out of the Chicago area and started out managing Exchange 5.5 and Windows NT. He has worked with Office 365 since BPOS and has experience with Azure AD, Security and Compliance Admin Centers, and Exchange Online. Contributions to the community include helping on TechNet forums, creating PowerShell scripts that are located in the TechNet Gallery, writing detailed PowerShell / Office365 / Exchange blog articles (https://www.powershellgeek.com), tweets (https://twitter.com/PPowerShell) and creating PowerShell videos on YouTube (https://www.youtube.com/channel/UClxHtLF0c_VAkjw5rzsV1Vg). He has written five PowerShell books and is actively working on the Microsoft 365 Security for IT Pros book as well.