You are here: Home / Blog / Every Meeting Online?

For the last two years or so, most of us have been consigned to an endless series of online meetings. Whether or not we wanted to, we’ve been staring at webcams, telling people “You’re on mute,” and cursing when Internet interruptions kicked us out of calls.

However, there are welcome signs of a return to pre-pandemic life in many sectors, and a big one is the resumption of face-to-face meetings. And just in time for a return to in-person meetings, Microsoft has begun rolling out improvements to a feature that…lets you make every single meeting you create an online meeting. They call this feature “Every Meeting Online” (EMO). Let’s dig into it.

Per the announcement, the EMO feature would enable you to force supported clients to make every meeting (created in Outlook for Windows) a Teams or Skype for Business meeting, depending on what client you had installed. By default, this feature was available at the tenant level, so users who had Teams or Skype installed (with the appropriate Outlook add-in) would notice that the “Teams meeting” switch was available in their client settings (Figure 1).

This was a useful labor-saving device if, like me, you scheduled a lot of meetings that you wanted to be online. But it was also a bit of a surprise to people who weren’t aware of it.

Microsoft also added the OnlineMeetingsByDefaultEnabled switch to the Set-OrganizationConfig cmdlet, but this was primarily useful if you wanted to turn the feature off, as the tenant rollout took a while. As this feature hit individual tenants, users in those tenants who were using OWA, Outlook mobile, and Outlook for Windows users could flip the switch in the Outlook client settings dialog.

They also added a parameter with the same name to the Set-MailboxCalendarConfiguration cmdlet so that you can configure a default for individual users. The user-level value overrides the organizational default value.

When this setting’s enabled, as long as OnlineMeetingsByDefaultEnabled is not set to $false, every meeting sprouts the metadata required to mark it as a Teams meeting as soon as you add an invitee. This is quite useful, except in cases where you didn’t mean to make it a Teams meeting (more on that later). The macOS version of Outlook didn’t gain this ability until later but it worked the same way.

In March 2022, Microsoft posted Message Center MC340779, announcing that EMO would be enabled by default in all tenants. Perhaps more interestingly, the post announced that Microsoft was also adding support for creating online meetings using third-party meeting services. This is a logical step, although it is a bit odd given how hard Microsoft has been pushing Teams as a replacement for these services.  The rollout of this feature will start in early April and should be complete worldwide by June.

The way Microsoft implemented this change is clever. The supported third-party meeting services (Zoom, Cisco WebEx, BlueJeans, GoToMeeting, Google Meet, and the open-source Jio Meet) all have Outlook add-ins, and so Outlook just uses them to online-enable a meeting. If a user has only one of those add-ins installed, it will be used by default, and the experience is the same as it is for Teams users now.

If the user has more than one add-in installed (perhaps Teams and BlueJeans, for example), then she can choose a default service to use from the Outlook settings interface. This feature’s available in Outlook for macOS 16.57.1205.0 and later and in OWA; it’s marked as “coming soon” for Outlook mobile and Outlook for Windows. Your choice of provider is stored as one of the cloud Outlook settings, though, so if you choose a default provider in OWA or Mac Outlook, your choice will be honored in Windows.

Because Microsoft is rolling out OnlineMeetingsByDefaultEnabled $true as the default alongside this change, if you want your users’ meetings to be online by default, you don’t need to do anything. Microsoft will eventually set OnlineMeetingsByDefaultEnabled to $true in your tenant, and it will enable that setting for every individual user if they haven’t already enabled it. You can still override it with PowerShell, or your users can change it themselves.

Unfortunately, there’s currently a bug in the Set-OrganizationConfig cmdlet that means it won’t show the correct value for the OnlineMeetingsByDefaultEnabled selector. This is hilariously bad QA, and it isn’t a good look that the Message Center post says “We’re working on addressing this, but it will not be fixed before this update is released.” That sends a clear message that quality, at least in this one case, is taking a back seat to delivery velocity.

As you may have discovered, there’s isn’t an effective way to turn a Teams-ified meeting back into an offline meeting. Deleting the meeting information at the bottom of the meeting invitation does nothing.

Some versions of the Teams add-in for Windows Outlook appear to include a button labeled “Don’t Host Online” (as captured in this Tweet from fellow MVP Brian Reid) but it seems to only revert the meeting to offline status if you click it before you send the meeting invitation. Apart from that, the only way to convert a meeting to offline is to cancel the original meeting and create a new one, this time being sure the Teams’ meeting switch is set to off.

From All-Online to Hybrid

Microsoft is making an investment around better support for hybrid meetings throughout the service. For example, there’s work underway to allow attendees to specify whether they’ll attend a meeting in person or virtually so that meeting organizers can plan accordingly.

Seen from the perspective of having hybrid meetings be the ‘new norm,’ the ability to have meetings default to online-only is a useful step, but Microsoft still has a few rough edges to fix before these updates reach their full potential. 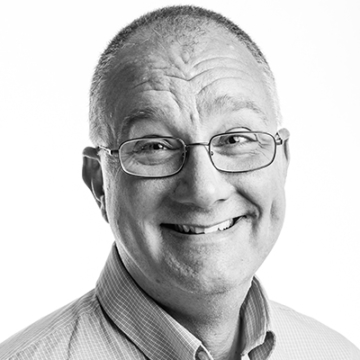 Paul Robichaux, an Office Apps and Services MVP since 2002, works as the senior director of product management at Keepit, spending his time helping to make awesome data protection solutions for the multi-cloud world we’re all living in. Paul's unique background includes stints writing Space Shuttle payload software in FORTRAN, developing cryptographic software for the US National Security Agency, helping giant companies deploy Office 365 to their worldwide users, and writing about and presenting on Microsoft’s software and server products. Paul’s an avid (but slow) triathlete, an instrument-rated private pilot, and an occasional blogger (at http://www.paulrobichaux.com) and Tweeter (@paulrobichaux).