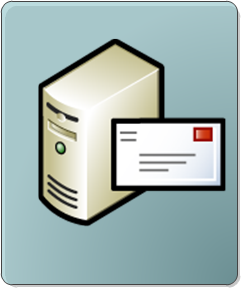 In addition to the delivery of email the Hub Transport server also applies transport rules, performs journaling, and can optionally provide message hygiene services as well.

What Needs to be Backed Up on Hub Transport Servers?

To plan for backup and recovery of the Hub Transport server you first need to understand where the server stores its configuration and data.

Active Directory – most of the Hub Transport server configuration information is stored in Active Directory.  However there are a few exceptions to that.

System State – the system state contains information such as SSL certificates installed on the server, and service startup and dependency settings in the registry, which will be important if they have been modified from the defaults.  The system state will also include information about any other applications or agents installed on the Hub Transport server, such as antivirus and anti-spam products.

File System – the file system contains the transport queues and some of their ESE settings, log files such as message tracking logs and protocol logs, and customizations made to the local transport configuration.  The file system will also include the program files for any additional applications or agents installed on the server.

When you are planning the Hub Transport server backup strategy there are different approaches you can take depending on your requirements.

A full system backup of the server, along with a working Active Directory, encompasses all of the required information for a recovery.  However this backup takes the longest and will consume the most backup storage.

If a server failed and needed to be recovered from a full backup any undelivered messages still in the transport queue would be lost.  But it is impractical to backup the entire server multiple times a day just to protect the transport queue databases from data loss.

Depending on the Exchange environment and the backup infrastructure in place a full server recovery may take longer than simply rebuilding the server from scratch.

Backing up the Minimum

To save on backup storage and minimize the backup time frame the minimum data on the Hub Transport server can be backed up.  For most environments this would mean only backing up the transport queue databases and the log files on the file system.

Because these would be relatively fast to back up this type of backup could be performed multiple times per day to minimize the risk of losing undelivered messages.  This concern would mostly apply to high volume email environments where the transport queues are regularly backlogged.  Of course in those cases some attention should be paid to whatever performance bottleneck is causing the backlog, if it is something within the control of that organization to fix.

A perfectly feasible backup strategy for the Hub Transport server is to back up nothing at all.  This would be practical if:

If all those conditions are true then it may not be necessary to back up the Hub Transport servers at all.

For the purposes of this demonstration I’ve configured a Hub Transport server with an additional Receive Connector.

To run setup in Recovery Mode use the following command to launch Exchange Server 2010 set from an elevated command prompt.

Setup performs a server recovery instead of a normal installation.

Restart the server as prompted.  When the server has finished restarting you can verify that configurations such as the additional Receive Connector and the message tracking log configuration have been recovered with the server.

However the log files themselves are not restored during a Recovery Mode install of Exchange Server 2010.

Neither are additional applications or agents that were previously installed ont he server.  For the Hub Transport server one notable item would the Microsoft Office Filter Pack.

Therefore the server is not fully recovered until all of those items, along with any further customizations to the server, have been manually applied.

For this demonstration I used Windows Server Backup to take a full system backup of the Hub Transport server to use for bare metal restore. 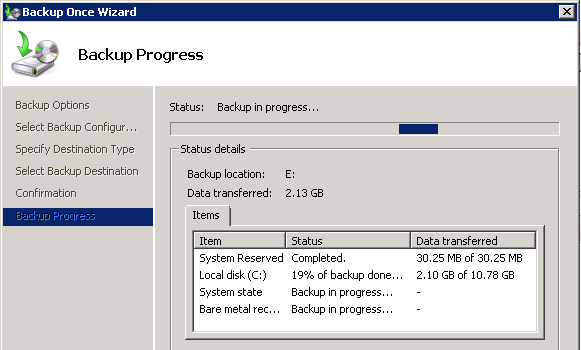 This backup can take a while depending on your backup infrastructure and the amount of data involved.  However it simplifies the restore process because it restores the full system including log files, customizations, and additional applications.

The full restore brings the server back to an operational state ready for production, however it is a point in time recovery and will not include log file entries or mail items that were still in the transport queue since that point in time. 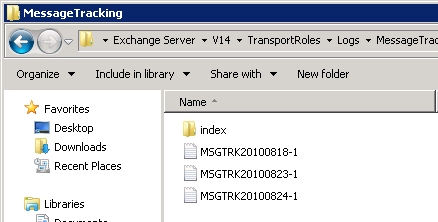 When the minimal backup strategy is used in conjunction with server recovery it allows you to make use of an effective hybrid approach to Hub Transport server recovery.

In this approach you combine the two techniques:

To do this you run Exchange Server 2010 setup in Recovery Mode as demonstrated earlier but with an additional command line switch.

The /DoNotStartTransport switch stops setup from starting the Microsoft Exchange Transport service when it finishes installation.

This allows you the opportunity to restore the most recent transport queue database and message tracking log files onto the server before it is put back into production use.

With this recovery model you will still need to reinstall additional applications or agents as with the previous Recovery Mode technique.

As you can see there are pros and cons to each backup strategy for the Hub Transport server role in Exchange Server 2010.  For many organizations the full system backup/restore will be the simplest choice, though it will consume the most backup storage and takes longer to back up.  For high volume environments or those with strict auditing and retention requirements the frequent backups of the transport queue database and log files may be the preferred approach instead.

Back to the full series on Exchange Server 2010 backup and recovery.