I encountered this problem shortly after installing a second Exchange Server 2010 server into my organization.  Initially I thought that this second server had caused the problem but on further investigation I found out the real culprit.

The initialization error I was receiving when opening the Exchange Management Console was:

The Event Log of the server had this error:

I double checked the “Exchange Servers” group in Active Directory and confirmed that the two servers were already in there.

I then found this error in the Event Log of the server:

As we know a time sync problem will cause Kerberos authentication issues.  I checked and sure enough the clocks on the Exchange servers were out by more than 5 minutes from the domain controllers.

The reason for this was that my Exchange servers were hosted on a Hyper-V server that is not synced to the same time source as the domain controllers which are hosted on a separate VMware ESX server.  Normally the Exchange servers would still sync their time with the PDC-E for their domain but the Hyper-V integration settings were overriding this. 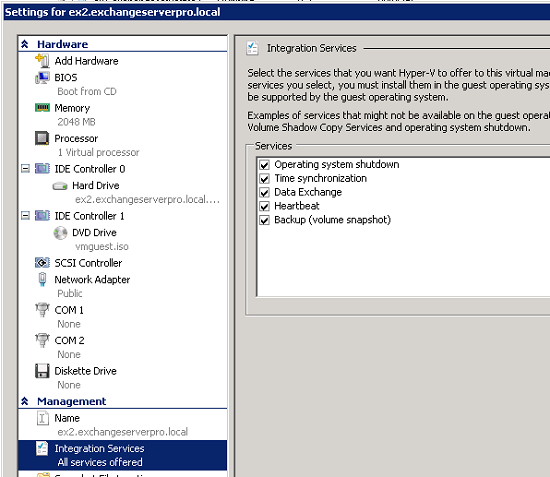 Clearing the Time Synchronisation option and then running net time /set on the two Exchange servers brought their clocks back into sync with their domain controllers.

Restarting the servers then allowed all of the Exchange services to come online properly again, and the intialization error no longer occurred when launching the Exchange Management Console.