One of the enhancements to Exchange Server 2007 with Service Pack 1 is the ability to view public folders when logged in to Outlook Web Access. 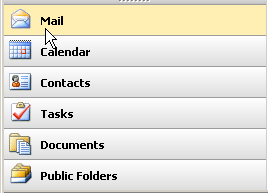 When an Exchange Server 2007 mailbox user attempts to open a public folder they may see the following information in the OWA window.

To resolve this issue configure your Exchange Server 2007 public folder store to be a replica for the public folder content. You can view the current list of replicas for a public folder with the Get-PublicFolder cmdlet.

To see all public folders you can do a recursive search.

The public folder content will replicate to the new replicas using the configured public folder replication interval. If you wish to do an update manually to speed things up you can use the Update-Publicfolder cmdlet.