With the correct SSL certificates installed on the Exchange 2013 servers we can now proceed with configuration of the Client Access server role.

Both of the Exchange 2013 servers deployed so far, EX2013SRV1 and EX2013SRV2, are multi-role servers, and need their Client Access roles configured.

The Client Access URLs are configured to match the namespaces that we planned earlier. Because the AutoDiscover URL was already configured immediately after Exchange 2013 was installed that only leaves:

These are easy to configure with a simple PowerShell script. Here is an example:

A version of this PowerShell script can also be downloaded from Github – ConfigureExchangeURLs.ps1

Simply run the script using the Exchange Management Shell (from a server or workstation with the Exchange 2013 management tools installed) with the required parameters, for example: 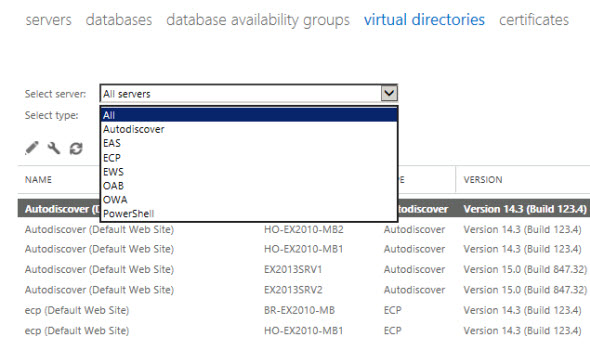 For example, here I am changing the username format to UPN so that users can login with their “email address” (because the organization uses UPNs that match the primary SMTP address). 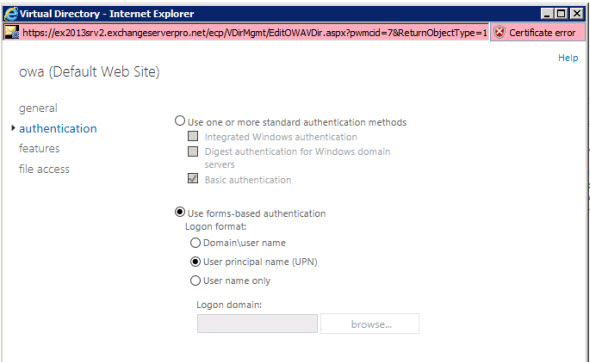 An IISReset of each server should also be performed so that the virtual directory changes can take effect.

If you are also using POP or IMAP in your environment you should configure those services as well. For each server set the X509 certificate name, and the internal/external connection settings.

Restart the POP services for the servers.

The same basic process applies to IMAP as well.

Ideally we would test the new configuration before pointing any production users at it. However, to test in this case we would need to change the DNS records for our Client Access namespaces (autodiscover.exchangeserverpro.net and mail.exchangeserverpro.net) to resolve to the IP address of the Exchange 2013 servers. Since that would potentially have a negative impact on end users, instead we can use a hosts file to point a test PC at the new servers.

First, create a new user and mailbox on an Exchange 2013 database. This is performed using the Exchange Admin Center. 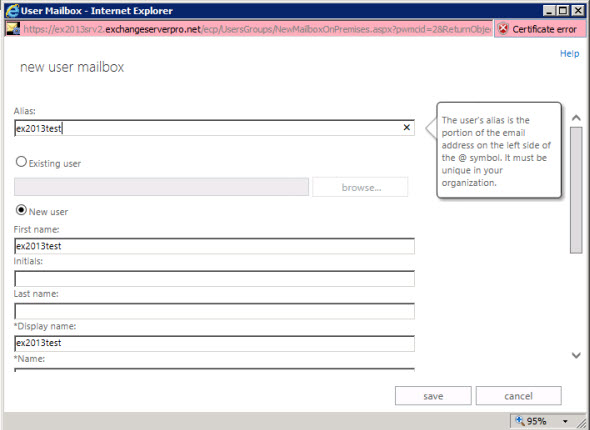 Next, modify the hosts file on a test PC. The file is located in C:WindowsSystem32driversetc, and will require admin/elevated rights to modify. 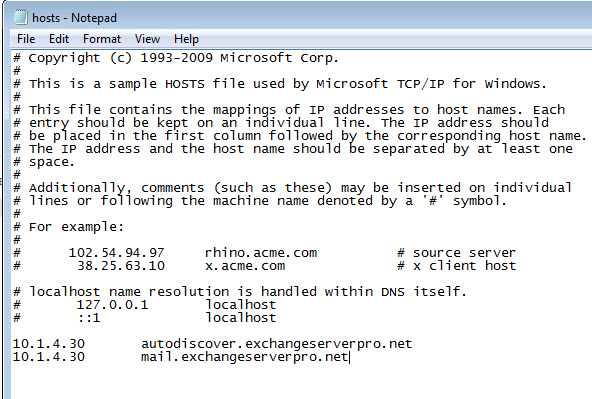 Note: Without a load balancer in place you may need to repeat your tests multiple times for each Exchange 2013 server IP. Later when the production cut over takes place you can use DNS round robin instead.

In the next part of this series we’ll look at configuring the Exchange 2013 Mailbox server role.