As with any DNS change, rolling the change back is as simple as pointing the DNS record back to its previous value. To ensure a quick change and, if necessary, a quick rollback, you should lower the TTL of your DNS records to less than 5 minutes. A very low value of 1 minute is often recommended. When the change has been proven successful after a few days or weeks, you can increase that TTL value to something higher. 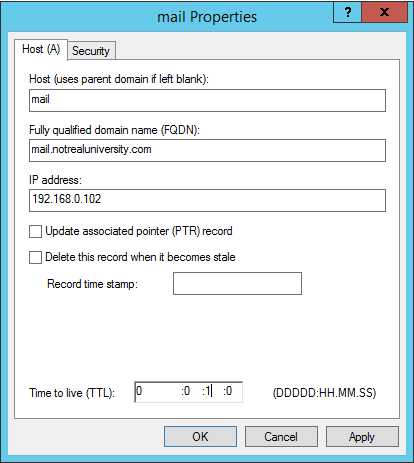 For the external namespace cutover, rolling back the change is usually as simple as reversing the firewall rule changes.

If the external namespace being used, for example mail.notrealuniversity.com, is also the name used for the MX record for inbound mail flow from the internet, then any DNS or firewall changes will also impact inbound mail flow. That is unless your firewall is able to NAT the SMTP port (TCP 25) separately to the HTTPS port (TCP 443), which most firewalls can.

Before the change is made, Not Real University has the following client access flow: 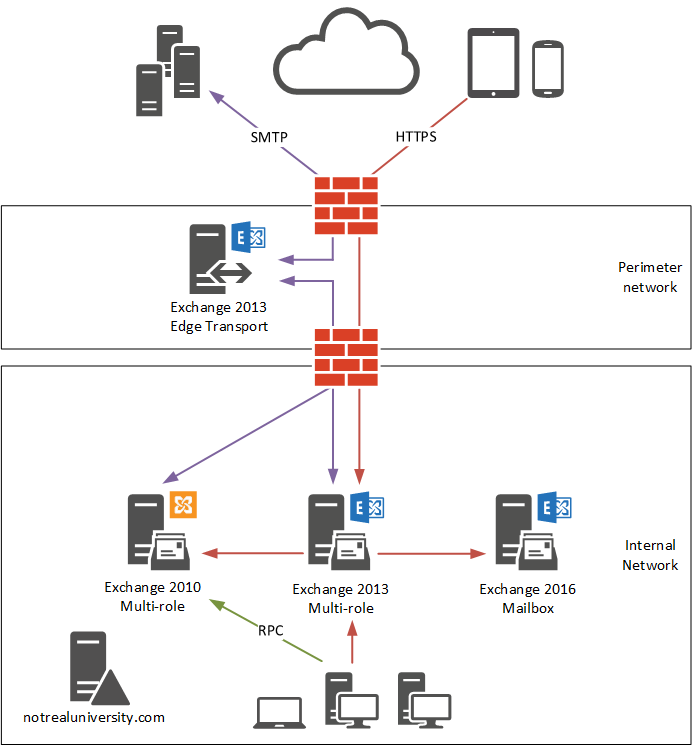 After the DNS and firewall changes, the client access protocol flow for Not Real University is as follows: 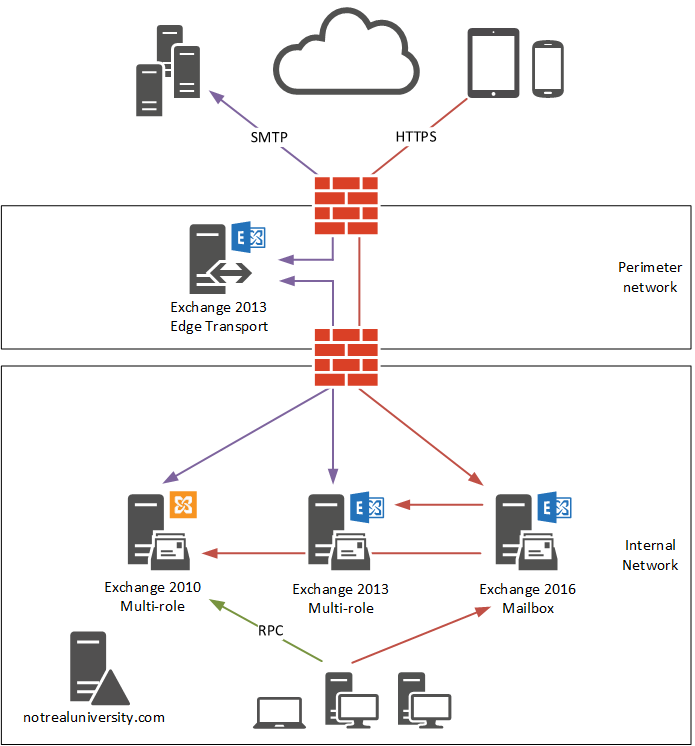 As an example, here is the Outlook connection status dialog box for an Exchange 2013 mailbox user after the client access cutover has been performed.

When the client access cutover has been completed and successfully tested, the mail flow cut over can also be performed, which is what we’ll look at next.