But despite this specialized role most businesses do not deploy an Edge Transport server in their Exchange organization. This can be for one of several reasons, such as having an existing email security server or appliance running in the network, integrating an email security product on their internet-facing Hub Transport server, or simply for reasons of cost.

The Edge Transport server is designed to operate in perimeter networks, in other words a DMZ. Of course you could place it in the internal network if you wanted to, but this detracts from some of the security benefits of deploying in a DMZ.

For this tutorial series the Edge Transport server is being deployed in a DMZ that is secured by a 3-legged ISA Server 2006 firewall. 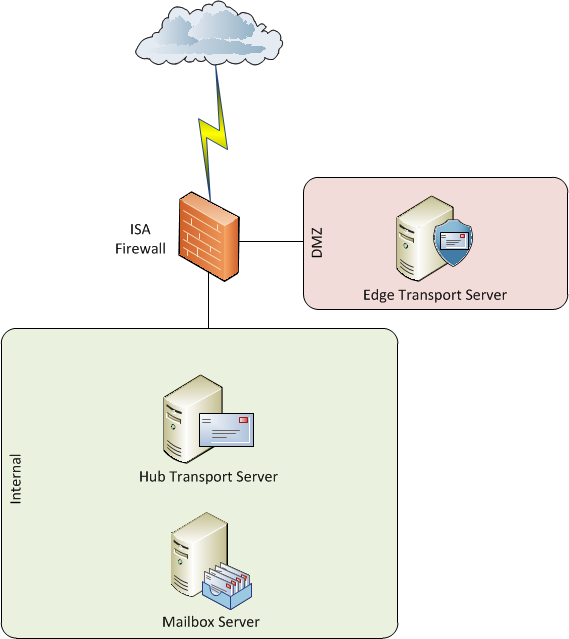 For this demonstration Windows Server 2008 R2 Enterprise with Service Pack 1 is being used to run the Edge Transport server role.

Next run this command to install the required roles and features for the Edge Transport server.

Note that using the -Restart parameter will cause the server to restart automatically to complete the installation of the roles and features.

In the next part of this series we’ll look at installing the Exchange 2010 Edge Transport server role.