You are here: Home / Exchange Server / Exchange 2010 FAQ: Why Can’t I Manage Mailboxes in AD Users & Computers Any More? 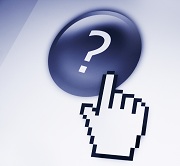 Question: Why can’t I manage Exchange 2010 mailboxes in AD Users & Computers any more?

One of the first things my customers notice when I demonstrate Exchange Server 2010 management to them is that mailboxes are no longer created or managed in the Active Directory Users & Computers console.

This is sometimes alarming for them because it means that migrating to Exchange 2010 forces a change in their administrative habits and workflows, for example creating a user account and a mailbox now requires two different management tools instead of just one.

I usually explain a few or all of the following reasons for this change:

Personally I’m in favor of the change and have enjoyed having dedicated management tools for Exchange Server 2007 and 2010.

Since the main impact tends to be on new user creation workflow I demonstrate to customers that they can change to one of three approaches: