Exchange Server 2013 Service Pack 1 saw the return of the Edge Transport role, which was missing in the RTM release.

The Edge Transport role is involved in SMTP communications (email transport), and one or more Edge Transport servers are typically placed in a DMZ to satisfy the needs of organizations who require no direct connectivity between the internal network and the internet. Edge Transport can also serve this role for hybrid deployments with Office 365, so that mail flow between the on-premises organization and the cloud passes through the Edge server. 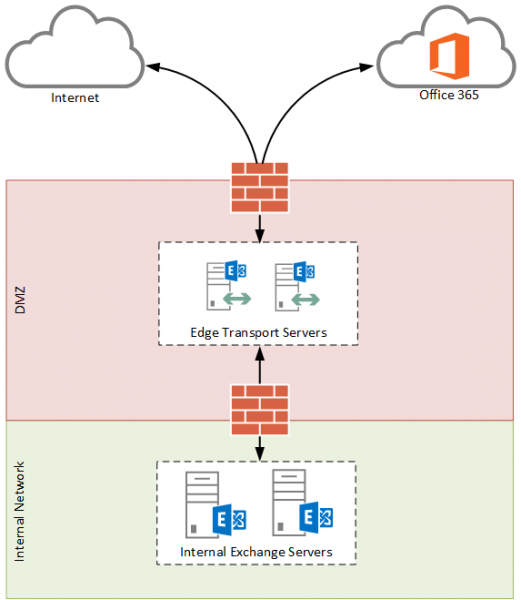 In comparison, here is the list for the Mailbox server role:

For more on the Edge Transport server role in Exchange Server 2013 see the following articles: