The 2014 Microsoft Exchange Conference has come to a close. Three days of announcements and technical deep dives is an exhausting experience but every attendee I’ve spoken to has agreed that it is worth the travel and the long days to attend this event.

MEC 2014 featured somewhere around 100 sessions making it impossible to see everything during the 3 day event. For some of the time slots I had as many as five sessions on my wish list!

Unfortunately we can only be in one place at a time so some tough decisions were made, and overall I ended up attending strong sessions on a variety of topics on architecture, deployment, security, and high availability, as well as others. 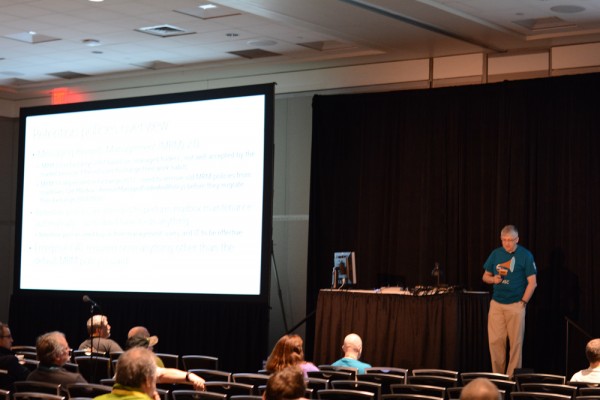 The “Experts Unplugged” sessions turned out to be highly valuable in most cases, with a good flow of Q&A between the audience and panel. 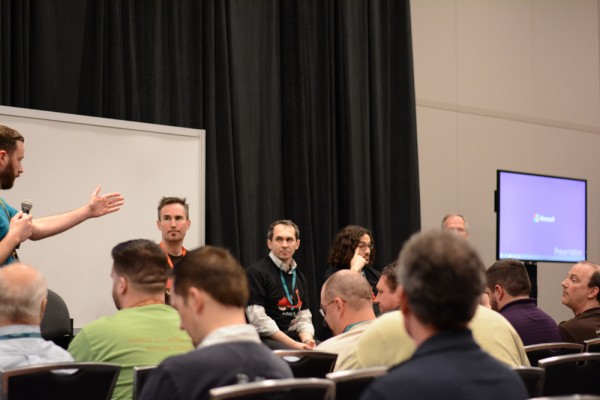 As these sessions were not recorded I tended to favour them over the regular breakout sessions, which I have a long list of videos downloaded now to catch up on. The Exchange team has announced that the session recordings will be publicly available in about one month from now.

Microsoft’s message of “leading with the cloud” was repeated. Many of the new features announced for Exchange will appear in Office 365 first, mostly in Outlook Web App, before making their way into the full Outlook client and then eventually into the on-premises version of Exchange (likely vNext, not Exchange 2013).

During a “Geek Out with Perry” section of the keynote, Perry Clarke (the Corporate VP for Microsoft Exchange) dismissed the myth that cloud-first means on-premises features are deliberately withheld or delayed to drive Office 365 uptake. 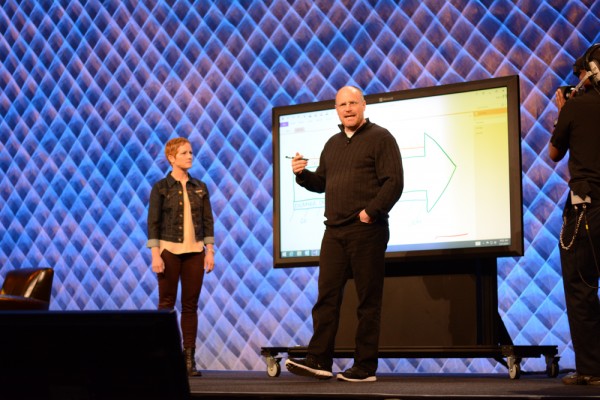 Instead, as became increasingly clear during the conference, the Exchange product group is able to take advantage of the level of control and standardisation in “The Service” and deploy changes and new features into that environment with fewer hoops to jump through than it takes to get the features developed into Outlook and the on-premises builds of Exchange.

My advice – don’t fight the cloud. Find ways to leverage it to your advantage.

From the beginning of MEC there was a lot of activity and focus on Yammer, the enterprise social network that Microsoft acquired. 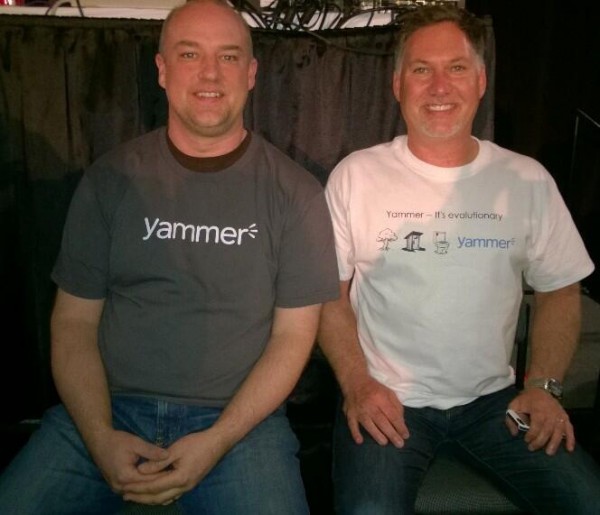 Yammer was positioned as the “second screen” of the conference, where slide decks could be accessed during sessions and group conversations could occur on anything from the current sessions running to who can take the best selfie with Jon Orton.

Running multiple social channels at an event is tough, and I think Yammer lost the battle for attention during MEC to the more popular and active Twitter. However, I am very interested in the Yammer-like features that were announced for the future of Exchange.

The Office Graph is Microsoft’s way of enabling the “social workplace”, unifying our communications, and in turn unlocking more productivity.

Based on the information that individuals have access to (such as their email conversations, and documents they work on) Microsoft is able to personalize your experiences in ways such as cleaning up your inbox for you (intelligent triage, instead of requiring users to create a lot of inbox rules, flags, categories and so on) by moving all “clutter” (such as newsletters you rarely read) out of your normal inbox view, and by providing other views for the people you communicate with the most and the groups that are most relevant to you.

We also saw a demonstration of how document collaboration is becoming smarter thanks to OneDrive for Business integration into Office. For example, the “Insert Attachment” dialog in Office Web App will offer OneDrive as a source of documents to send, as well as presenting an option to upload a file to OneDrive instead of attaching it directly to the email. The recipients of your email then automatically get view/edit permissions to that OneDrive file, and multiple authors can edit the file simultaneously and see live updates from other authors.

This type of document collaboration will sound familiar to Google Apps users, however the user experience demonstrated by Microsoft was incredibly slick and in my opinion is also more intuitive.

I love the Exchange community and was not disappointed by my time at MEC. After travelling a long way to attend it was great to be among so many other MVPs, Exchange product group members, and Exchange folks from all over the world.

From the moment I arrived at my hotel to the day that I left it seemed like there was always something going on, whether it be just a few people having a drink and a laugh, a full blown MEC attendee party, or the fun of the “Exchange Oscars”. 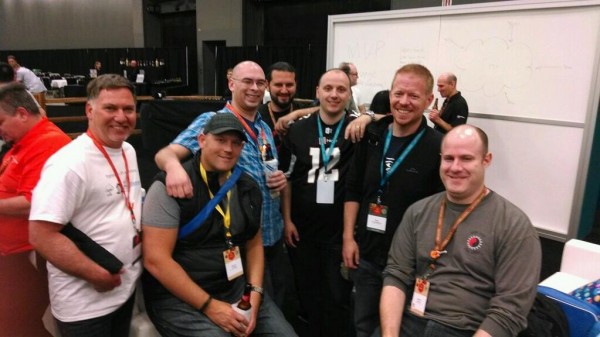 Overall a terrific event, both educational and enjoyable, and I’m glad that I was there.

Here are a few other perspectives on the event.