You are here: Home / Microsoft 365 / Why is Office 365 license management so confusing?

In my role as Product Owner for Quadrotech’s Office 365 license management solution, I recently analyzed our database of 3.4 million Office 365 users and found a jaw-dropping 18 percent of purchased licenses were unassigned.

For an organization of 10,000 staff, this equates to roughly $150k worth of unused licenses eating up budget. My CFO is nicknamed ‘The Punisher’, and if he found out we were blowing such a vast sum up the wall, there’s no telling what level of fury he’d unleash.

However, effective Office 365 license management isn’t just about assigning licenses; in many ways the bigger task is ensuring users actually adopt the workloads you’re paying for, integrating them into daily working life. Only then will you be able to claim value for money and avoid the wrath of frugal executives.

From discussions with industry professionals, it’s clear there are some common factors at play when it comes to over-licensing, which ultimately boil down to different stakeholders not ‘singing from the same hymn’ sheet:

Reflecting on this, and it’s no wonder so much license spend is wasted, sitting on the shelf collecting digital dust.

To address the issue, particularly in uncertain financial times, it’s crucial for IT, procurement and business executives to join forces to understand the business needs and be in a better negotiating position with sellers.

A tighter grip on the license lifecycle – from buying to assignment to adoption – will ensure your maximizing your return, both from a financial perspective and a workforce productivity viewpoint.

The chasm that stands between you and maximising your return is the gap between licenses assigned and those being used.

This is usually down to three common issues:

To learn more on this hot topic and see how you can win favor with your Finance department, join me and Nigel Williams for this on-demand webinar:

How to maximize your return on Office 365 licenses
Buy only what you need, when you need it, and adopt everything you buy
WATCH NOW 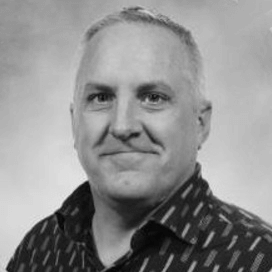 Doug Davis is the Product Owner of the Office 365 management tools at Quadrotech. Doug’s career in Product Management spans over 20 years. During this time, he has managed products around the Microsoft technology stack for Quest Software, Dell Software, as well as a stint in Big Data with Assent Compliance. Based out of Ottawa, Canada, Doug is a graduate of Carleton University and an avid cyclist.