I spent most of last week at Microsoft TechEd Australia 2011, which was held on the Gold Coast in Queensland, Australia.

If you’ve never heard of TechEd before it is a conference that Microsoft runs each year in different countries, including Australia, that combines training, education, and fun for IT pros and developers alike. Here in Australia it is basically the biggest and best conference that IT pros can go to without leaving the country. 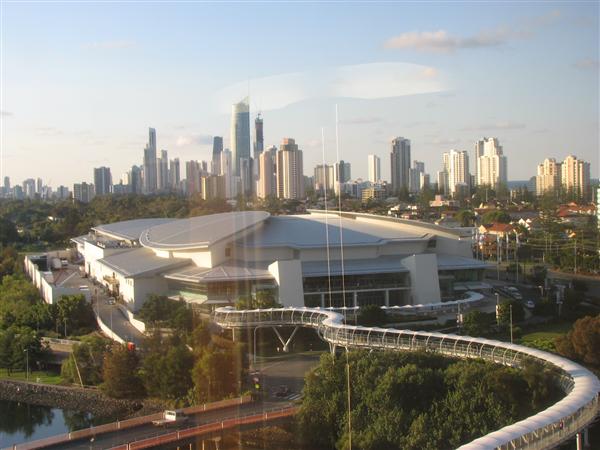 Though I’ve been to three TechEds now I actually missed last year’s due to family and work commitments, but this year I was determined to go. I had such a great time that I want to share some of the experience with you here.

TechEd Australia 2011 was held at the Gold Coast Convention Centre from the 29th of August to the 2nd of September. The first two days are mostly pre-conference activities such as hands-on training and user group meetings. I didn’t plan to attend any of the training, but could have attended some of the free sessions put on by local user groups if I’d been able to make the drive from Brisbane earlier in the day. Something for me to try harder at next year.

On the Tuesday afternoon the opening keynote presentation was held in the main arena. The keynote was a celebration of “geek” and did a great job of inspiring the audience and getting us excited for what was coming in the days ahead. 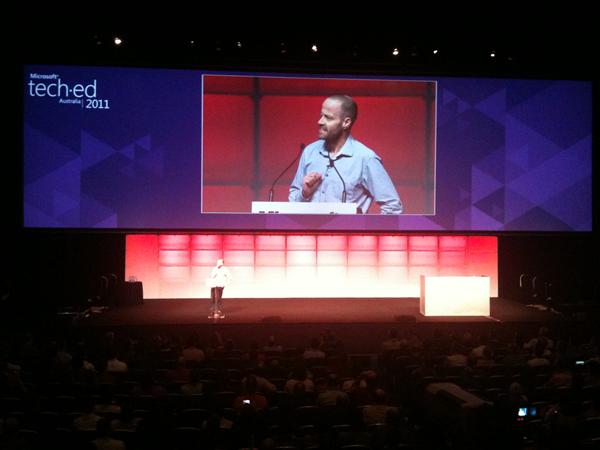 The keynote was followed by the opening night party. This included dinner, drinks, the opening of the exhibitor hall (which the hordes of geeks promptly began looting for freebies) and just general networking.

As it was only the first night people mostly behaved themselves although one or two were clearly going to have a rough start to the conference the next morning.

Although I love the social aspect of TechEd the sessions are the main reason that I am there. I got started first thing on Wednesday morning at 8:15am with some Lync audio/video conferencing.

In general I stuck mostly to the Exchange/Lync track since that is the space that I work in the most, but I also sat in on a few other sessions when I had a free slot in my timetable. It is good to get some variety and open yourself up to the other things going on in the IT world that you may not come across in your own job very often.

Of the three days TechEd ran for my highlights were:

You can check out the slides and videos of those sessions by clicking on the links. If the videos aren’t available straight away the team says they should be up within the next week or two.

My two favourite presenters were Andrew Ehrensing and Scott Schnoll, both Microsoft employees and both delivering high impact level 300-400 sessions on Exchange 2010 and Lync 2010.

The other main benefit of conferences such as TechEd is the chance to meet up with other IT pros. I lost count of how many former colleagues I bumped into while I was there and had a chat with, as well as all of the new people that I had never met or only met online before.

The AuTechHeads user group has become one of the most connecting forces in the local IT professional community thanks to the efforts of their core team members Matt Marlor, Mick Huxley, Simone Bennett, Hayden McManus, and Stephen Molkentin.

TechEd is also one of the best opportunities you’ll ever have to talk face to face with the leading experts in our field. For example, besides delivering two amazing sessions on Exchange 2010 Scott Schnoll was also happy to chat at the Microsoft booth in the exhibitor hall and answer all of the questions that I had (except for the NDA stuff on E15 which he didn’t budge on :-))

The exhibitor hall is always popular with the crowd due to the free giveaways that are usually on offer. I grabbed a few toys for the kids and shirts for myself but other than that there is only so many pens and beer coolers you want to own in your life 😉 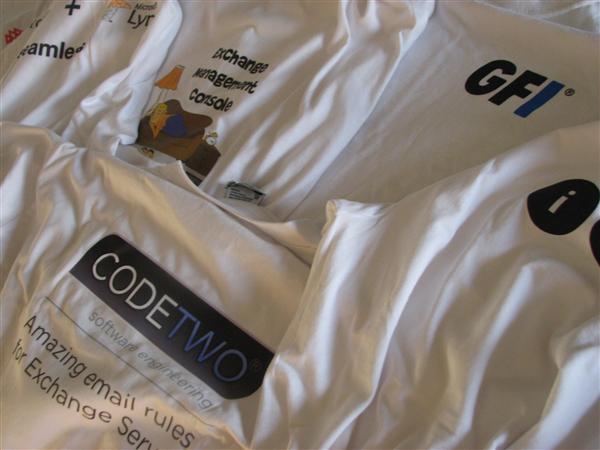 It was a decent showing this year from the vendors. Microsoft had some cool demos of their new Lightswitch development tools, Microsoft Surface, and Xbox Kinect games for the fun stuff.

I also discovered PowerShell Plus from Idera. I’ve been playing with the 30 day trial and considering buying a license for it, though so far I have been happy with the free version of PowerGUI.

I did hear a few people complaining about the vendors “leaking” out of the hall and into some of the sessions themselves. I understand that people don’t want to be “sold” when they go to a conference like TechEd, but the reality is that we work within the Microsoft partner ecosystem and we can’t ignore the third party vendors.

I will concede there may be a better way of identifying which sessions are vendor-centric and which are Microsoft-centric, so that people understand what they are sitting down to watch. But I would not personally stay away from a session just because a vendor is involved. In fact I’d prefer it if they were quite up front about it, rather than try to soften their presentation to avoid seeming “sales-ey”. If you’ve got a good product then give it a strong presentation and let us decide on merit.

As I said earlier this was my third TechEd and definitely the best one I’ve been to so far. If you’re considering going to TechEd 2012 I’ll offer these tips. 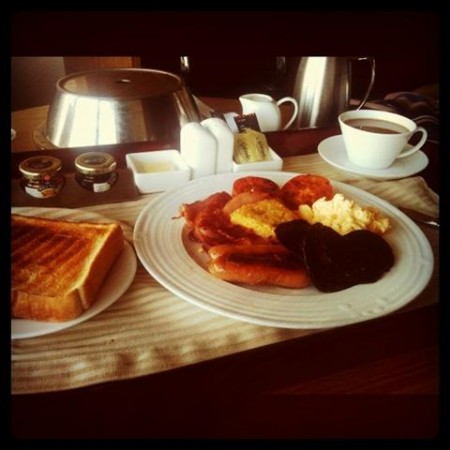 Start the day well – eat a good breakfast with lots of protein to help keep you from getting hungry. I had a room service breakfast each morning that kept me happy until mid- to late-morning when the 30 minute morning tea break was on.

Think about packing some snacks as well. Even though meals are provided during the day there isn’t always enough time to leave a session, line up for food, and then make it to the next session in time to get a seat.

I kept a few protein bars and small boxes of dried fruits and nuts with me, which allowed me to get to the next room before the crowds.

Have a plan, but be flexible – I had at least one session in my conference planner for each time slot, and often a second one as a backup. There was one or two instances where a topic or presenter didn’t quite catch my fancy and so I would skip the next one on that topic and watch something else instead.

Knowing your sessions in advance makes it easier to meet up with people as well, especially if you know someone in the coffee line and they can grab one for you while you go and get two seats for the next session.

It also helps to know the room layout and how long it takes to get from one side of the convention centre to the other.

Be social, but go easy – the parties are a lot of fun and who doesn’t enjoy a free beer! But it is hard to concentrate through 75 minutes of level 400 content when you haven’t had enough sleep or are fighting a headache. Take it easy, drink lots of water, and get plenty of sleep.

Pack the right gear – There are plenty of places to recharge equipment and free wifi provided as well. I took my laptop and netbook with me because I wasn’t sure which one I’d prefer to carry with me to the conference each day. Luckily I did have one of them with me each day because I forgot to pack the AC adapter for my iPhone, so to charge it at the conference I had to fire up my netbook and use it to charge the iPhone.

One thing I wish I’d taken was a better camera. Neither my regular camera or my iPhone took decent photos the entire week, which was disappointing.

Make the most of it – try to find the right mix of sessions, socialising, and speaking with the vendors in the hall. Three days is a long time but it also flew by very quickly for me.

Overall I had an amazing time at TechEd 2011, both in and out of the sessions themselves. As it stands now I plan to be there next year. A big thanks to CodeTwo and GFI for sending me some t-shirts to wear and hand out to other attendees. IT pros love a free shirt and people were very appreciative.

For those of you planning to go to TechEd 2012, I’ll see you there!