This mailbox user, Paul Cunningham, has items received up to 8:07pm.

The last backup for the server was 8:00am.

So, there are items in the mailbox that have been received since the last backup. Are those items at risk of being lost if there is a failure? Let’s see.

Now let’s cause the database to be lost. To simulate this I’ve dismounted the DB01 database and then deleted the database’s EDB file.

The database file is gone, and to get back the data it needs to be recovered from the last backup.

Note: because I am using Windows Server Backup to recover the Exchange Server application I cannot choose to only restore a specific database, so any other databases hosted on that volume will also be restored.

This server hosts two databases, DB01 and DB02. Only DB01 has been lost and needs recovering, DB02 is fine. And DB02 also contains mailboxes, such as Alan Reid’s, that have items in there that arrived after the last backup was taken. 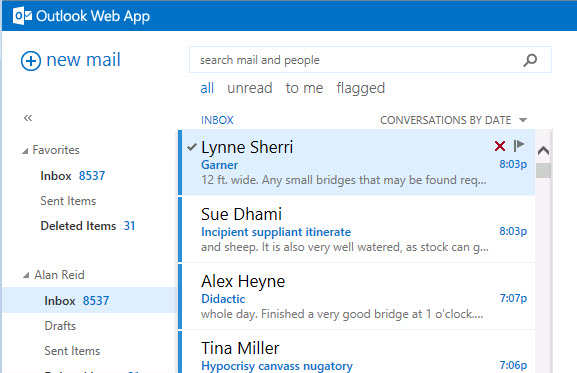 Are these items in DB02 mailboxes at risk if we do a restore from Windows Server Backup to recover DB01? Let’s see. 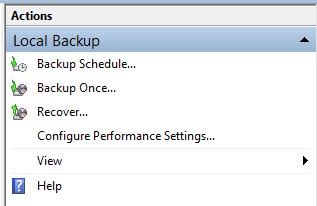 In this example the backup is stored on this server. 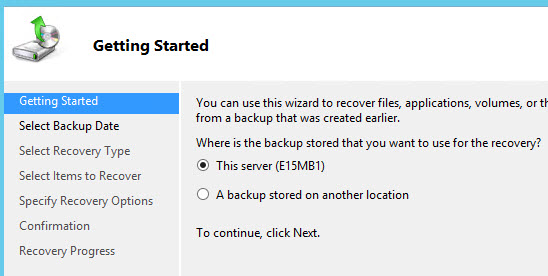 Choose the date and time for the backup you wish to use for the recovery. 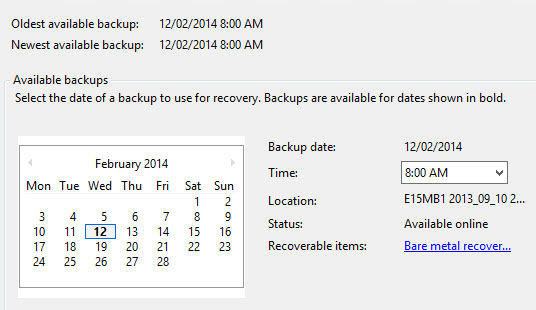 Choose the recovery type of Applications. 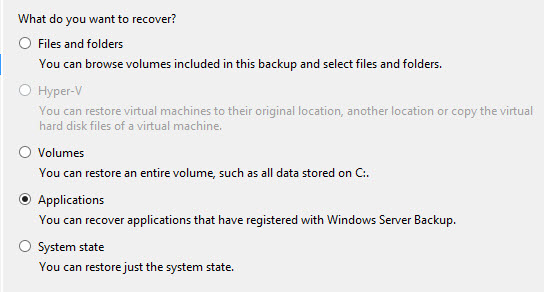 Choose the “Exchange” application. Note the tick box for choosing whether to *not* perform a roll-forward recovery of the application databases. Because we *do* want a roll-forward recovery to be performed in this case (ie, replay the transaction logs for transactions that occurred since the last backup, since they are still available on the server) we will leave this tick box *unticked*.

Leave the selection as “Recover to original location”.

Finally, click Recover to begin the restore. Note that this will cause an outage for all of the databases on the server, even the ones that are healthy, because the application recovery process can’t restore single databases. That said, it will restore them one at a time, so in this example DB02 stays online while DB01 is being recovered, then DB02 is taken offline after that.

Wait while the restore operation completes. 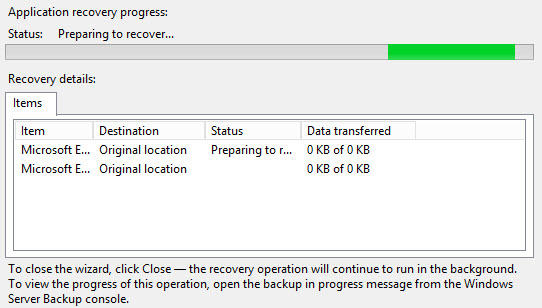 After the restore has completed users on both DB01 (Paul Cunningham) and DB02 (Alan Reid) can access all of their mail items, even the ones that were sent/received after the backup was taken, because the recovery process replays the transaction logs that are still intact on the server to bring the database right up to date.

As you can see even though Windows Server Backup is not the most flexible and feature packed backup software, it is still perfectly capable of backing up and recovering your Exchange Server 2013 Mailbox servers.