For those administrators who were used to doing all of their AD and Exchange admin with one tool (and OCS for that matter too) this came as a bit of a shock. In particular, new user and mailbox creation went from being a single-tool task to needing two tools instead.

Two tools to do what one used to do, seems like a step backwards right?

Even though there were good reasons for this change, people were still upset. Now we need to either use two different management tools (more if you throw in Lync), or develop our own PowerShell scripts and tools, for

Fortunately for those who are still struggling with the change a developer named Denny has released a free tool called Z-Hire Employee Provisioning App that unifies the account creation process for Active Directory, Exchange, and Lync into a single tool.

I took Z-Hire for a quick spin in my test lab. There is no installation to worry about, it runs as a standalone tool and saves settings to an XML file so you can share them with other administrators in your team. Running the tool from a shared folder is probably the best way to do that.

When you first launch the app you’ll probably want to configure one or more templates to speed up the user creation process. 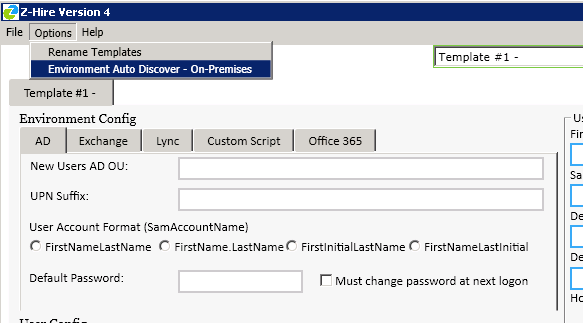 There is an auto discover capability built in if you specify a few details first to help it along.

For your templates you can specify such details as the OU for creating the user object. 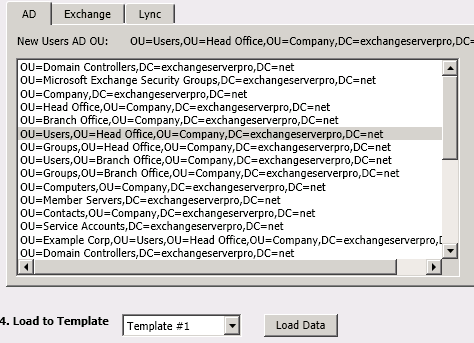 When it comes time to create a new user it is all laid out for you in a detailed but easy to understand form, with a few extra tabs for some of the details. 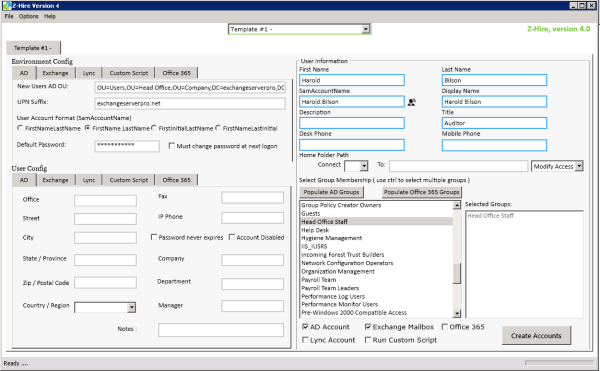 There are even extra fields for some of the more common mailbox settings. 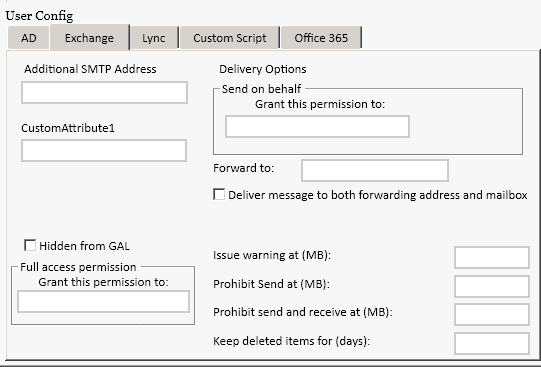 My test run created the user account and mailbox exactly the way I wanted it, so Z-Hire seems pretty reliable in that sense, at least from my own testing.

There are probably a few other minor improvements that could be made. One would be to allow the administrator to filter out some of the groups that user accounts are unlikely to be added to, eg the Exchange security groups or the built-in AD groups. This would probably help the larger environments by preventing the list of AD groups shown from being too long. 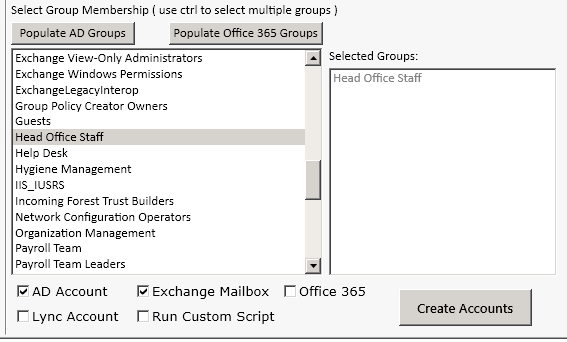 Aside from that I found this to be a nice, simple tool to use. Once you understand how the templates are set up (you can pre-configure just about any of the common settings such as user account format, group membership, office details, and so on) the account creation process is sped up quite a bit compared to using each separate administrative tool.

There is also a Z-Hire termination app that performs a similar task when removing users from your organization.

Check out the free Z-Hire Employee Provisioning App for yourself.