Skip to content
The clock is ticking on Exchange Server 2010 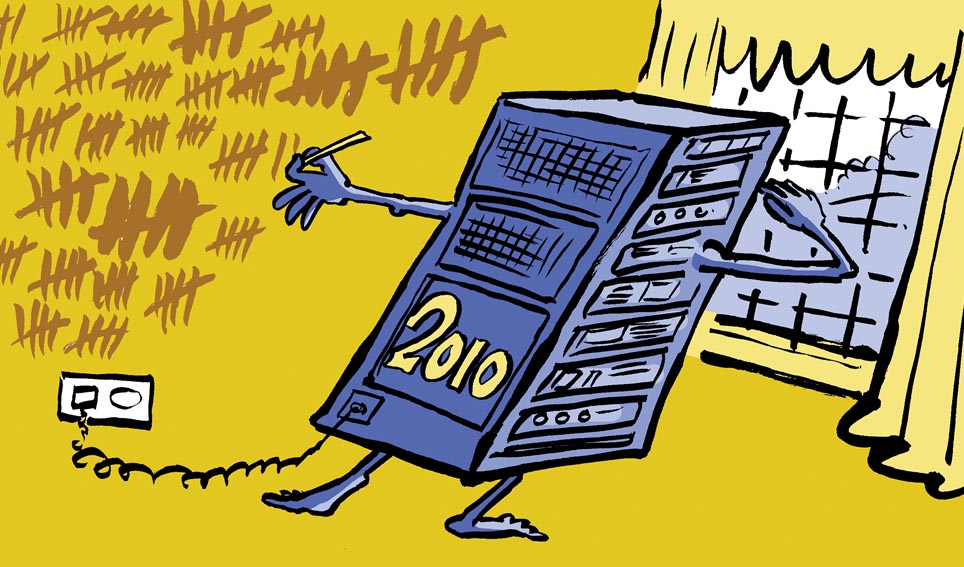 There’s less than a year to go until Exchange Server 2010 is out of support. Let that sink in for a minute – that’s not very long. Exchange 2010 reaches the end of extended support on January 14, 2020.

Whilst that doesn’t mean Exchange 2010 will stop working on that date, it does mean that you’ll have no support in case serious bugs are found that affect the stability of Exchange, no security fixes for vulnerabilities that are discovered and of course, no technical support from Microsoft should you need it.

It’s with some sadness in some respects that the end is near for Exchange 2010. Whilst it might be nearly ten years since it’s release in 2009 it doesn’t feel like it’s that old. That’s in part because many of the core concepts Exchange 2010 introduced, like Database Availability Groups are very much a key part of modern Exchange, both on-premises and in Exchange Online, today. It’s also true that many organizations running Exchange 2010 haven’t been doing so for the full ten years.

It’s time to move on

It is never a good idea to leave a critical system upgrade until the last minute. This is because you might need to make some big decisions when migrating to a more recent version of Exchange, so you will benefit from starting your planning now.

If you aren’t very familiar with Exchange – perhaps, like many, you run the email server along with all of your other business systems – then it’s important to understand Exchange doesn’t support an in-place upgrade. Even if you are running Exchange 2010 on a version of Windows Server that supports a newer version of Exchange, like Windows Server 2012 R2, you will still need to set up new Exchange Servers and migrate mailboxes across.

But before you choose between Exchange 2013 or 2016, the other question is – is it time to move online? For most organizations email is mission critical, but the business will be looking towards ensuring that the right productivity tools are in place for users. If you are running Exchange Server 2010, then you have everything you need to migrate mailboxes to Office 365. Exchange 2010 includes up-to-date Exchange Hybrid capabilities and if your environment is running well today, then it’s very likely you won’t need to make major changes or improvements to facilitate a migration. If the eventual destination is Office 365 (and there’s a plan to begin that soon) then you will waste a lot of time unnecessarily moving to a newer version of Exchange Server first.

Exchange Server 2013 entered extended support (the same state as Exchange 2010) last April, which means it no longer receives cumulative updates. As we said at the time, we recommend against deploying it.

And as Exchange Server 2019 will require a double-hop – a fully planned migration to Exchange 2016 first, before then sizing and deploying a side-by-side infrastructure for Exchange Server 2019, then you would need a good reason to consider that immediately. Good reasons to consider this include gaining some of the benefits of the metacache database or the BigFunnel technique used for mailbox content indexing. However, if you aren’t suffering from particular performance issues with Exchange 2010 today, it would be hard to make a case for that double hop migration.

If you are considering moving to Exchange Online and Office 365, then you will almost certainly need to plan to enable Exchange Hybrid on your existing Exchange 2010 environment. You won’t need to add an Exchange 2016 server to enable Hybrid. (And, if you get told otherwise by a consultant, walk away very slowly….)

A move to Office 365 is in one respect easier than a move to a newer version of Exchange Server. With Exchange Server 2010, you have all you need to migrate mailboxes already. However other aspects, like client connectivity to the cloud, mobile device management, Office versions, integration with other services like Teams and SharePoint/OneDrive – and Identity and Security – mean there’s many more considerations outside of pure Exchange. But you will need to start somewhere, so check out our Getting Started with Hybrid Exchange Deployment to learn more.

If you’re contemplating the move Online, you may also be interested in Email Migration to Office 365 – a detailed white paper outlining how to overcome hidden challenges.

Chief Editor for Audio and Video Content and Technology Writer for Practical 365, focused on Microsoft 365. A nine-time Microsoft MVP, author of several Exchange Server books and regular conference speaker, including at Microsoft conferences including Ignite, TechEd and Future Decoded. Steve has worked with Microsoft technology for over 20 years beginning and has been writing about Exchange and the earliest iterations of Office 365 since its inception. Steve helps customers plan their digital transformation journey and gets hands on with Microsoft Teams, Exchange and Identity projects.