When you are installing Exchange Server 2016 into an existing organization you may encounter a setup error:

Cumulative Update 10 for Exchange Server 2013 is the minimum requirement for co-existence with Exchange Server 2016. However, even if you have upgraded all of your Exchange 2013 servers to CU10 you may still see the error message due to other circumstances such as:

The Edge Transport issue is the simplest to correct. The cause of this issue is that Active Directory does not update the build version of the Edge Transport when the server itself is upgraded to a newer cumulative update, because the EdgeSync process is one way only.

In my environment this is the version that the Edge Transport server is actually at:

In Active Directory it is still displayed as the earlier version that it was running when the Edge Subscription was created.

To resolve the issue simply remove and recreate the Edge Subscription. On the Edge Transport server:

On an internal Exchange 2013 server:

Then follow these steps to recreate the Edge Subscription.

If your Active Directory contains Exchange server objects for servers that no longer exist then it is likely that at some stage in the past someone decommissioned a server in your environment without properly uninstalling it. This can be resolved by removing the object from Active Directory.

The supported method for removing an old Exchange server object from Active Directory is to install a new Windows server of the same name and then perform a recovery install of Exchange onto that server. After Exchange has been installed you can then cleanly uninstall the server.

The unsupported method is to use ADSIEdit to remove the server object from the Configuration partition. 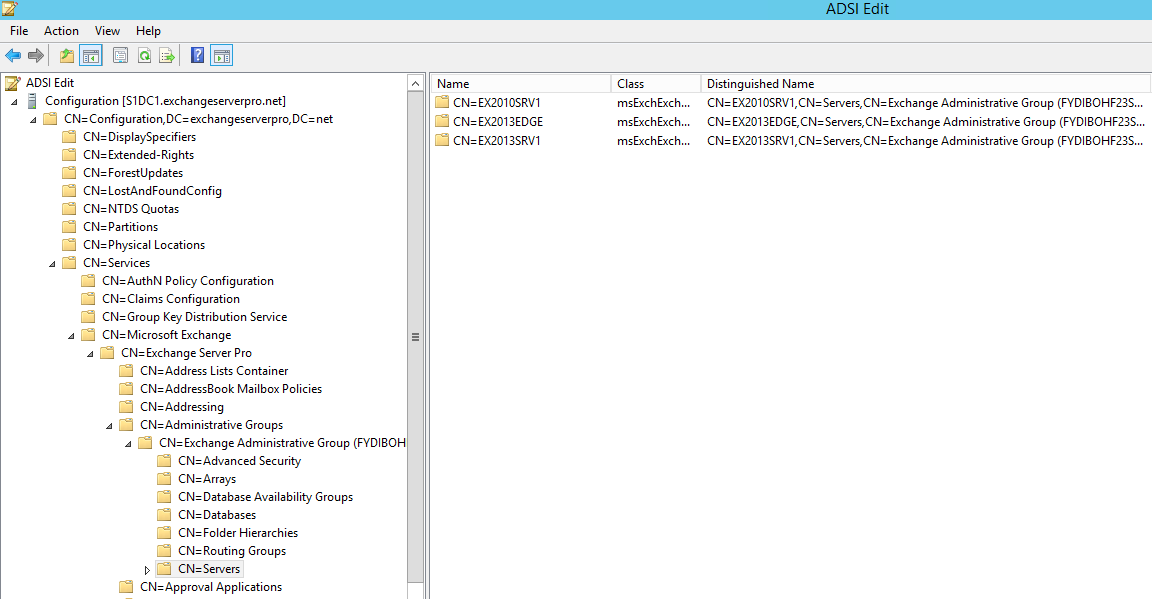 My recommendation to you is to use the supported method.