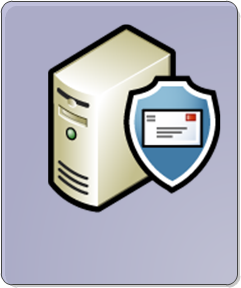 The Exchange Server 2010 Edge Transport Server role is responsible for all incoming and outgoing internet email for an organization.

Typically deployed within a secure perimeter network, or DMZ, the Edge Transport Server is basically a smart host or SMTP relay server for the organization, and can protect from viruses, spam, and also perform other rule-based actions to control the flow of email in and out of the network.

What Needs to be Backed Up on Edge Transport Servers

To plan for backup and recovery of the Edge Transport server you first need to understand where the server stores its configuration and data.

System State – the system state contains information such as service startup and dependency settings in the registry, which is important if any settings have been modified from the defaults.  The System State is also important if extra third party applications or agents have been installed on the Edge Transport server, local security policies have been applied, administrative accounts or groups created or modified, and a range of other items that may be important in a recovery.

Other Files – other files such as transport queue databases and log files are also stored on the file system.

When you are planning the Edge Transport server backup strategy there are different approaches you can take depending on your requirements.

A full system backup of the server encompasses all of the required information for a recovery, however this takes longer to backup and consumes the most backup storage.

This makes it impractical if frequent backups are required throughout the day, for example in a high volume email environment the transport queue databases might be backed up every 5 minutes to reduce the risk of losing in-transit emails if the server crashed.

A full backup can also take longer to recover in some cases, however this is less of a concern if multiple Edge Transport servers are deployed.

Backing up the Minimum

A backup of just the Edge Transport configuration is the most efficient in terms of time frames and storage space, and can be run only when a configuration change has been made.

However the recovery time may be longer because a new host would need to be provisioned from scratch to import the config.

There may also be more manual intervention required because importing the configuration to a new server still requires the Edge Subscription to be set up again.  In addition, this backup strategy does not protect the transport queue databases, log files, or any third party applications and agents installed on the server.

For the purposes of this demonstration I’ve made a few changes to a default Edge Transport server install on Windows Server 2008 R2. 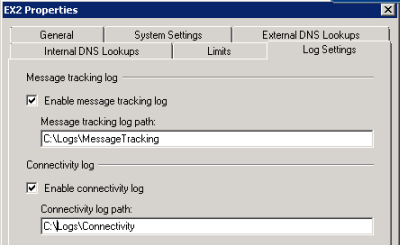 An Edge Subscription is in place:

.NET Framework 4 has been installed via Microsoft Update:

On the Edge Transport server launch an Exchange Management Shell and run the script to export the Edge Configuration.

For this demonstration the server operating system has been manually reinstalled to simulate a recovery scenario, and the Exchange Server 2010 reinstalled with the Edge Transport server role.

Note: the Edge Transport server can be a domain member however it is not a valid role for using Setup /m:RecoverServer to restore a failed server. In some scenarios you may encounter an error that “The Exchange Server is in an inconsistent state” when trying to reinstall the server.  If you do then click here for the solution.

When the new Edge Transport server is ready you can import the Edge Configuration to it using a script that is once again located in your Exchange Server 2010 installation folder.

Launch the Exchange Management Shell, and then run the import script to validate that the configuration can be applied.  This checks for such things as valid file system directories to confirm that that they can be recreated when the configuration is imported.

Next, import the configuration file by switching the -isImport parameter to $true.

Note the warning that the Transport service requires a restart. This does not happen automatically, so run the following command from the Exchange Management Shell.

Although the relevant Connectors are added to the Edge Transport server when the Edge Configuration is imported, they are not correctly set up on both ends (ie on the AD Site/Hub Transport servers as well). To do this you will need to re-run the Edge Subscription process.

Create an Edge Subscription file on the Edge Transport server by running the following command in an Exchange Management Shell.

Copy the XML file to an Exchange 2010 server in the organization. Launch the Exchange Management Console and navigate to Organization Management/Hub Transport. Start the New Edge Subscription task. 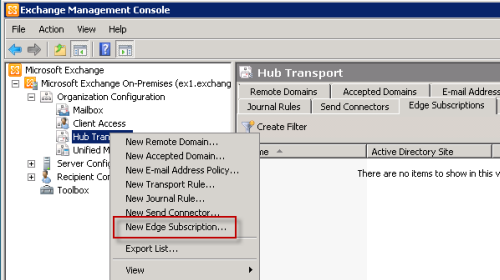 Select the Active Directory Site you wish to create the subscription with, and then browse and select the XML file that you copied from the Edge Transport server. 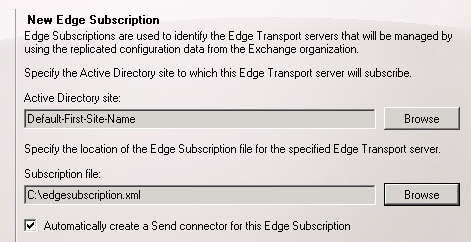 The Edge Transport server role has now been recovered by:

By only backing up the exported Edge Configuration file this technique takes up the least backup time and storage, however the restoration is more effort (note that the use of virtualization, templates or other automated build processes would speed it up to varying degrees).

So depending on the server there will be additional effort to bring it back to full service, if only the Edge Configuration was ever backed up.

For this demonstration I used Windows Server Backup to take a full system backup of the Edge Transport server to use for bare metal restore. 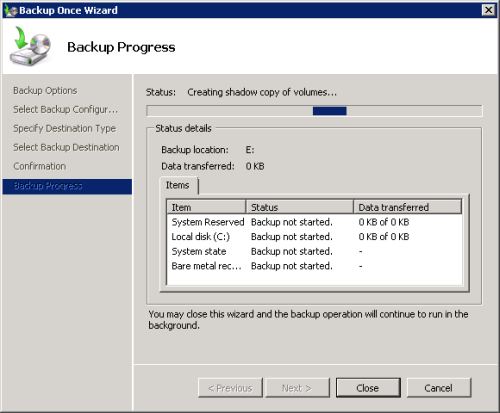 This backup takes longer than if you were only exporting and backing up the Edge Configuration on a regular basis.  However the restore process is simpler and possibly even faster than the previous method, because the full system is being restored, although this would depending on your backup infrastructure and whether the restore media was on hand or needed to be brought in from offsite.

Once the full system restore is complete the server is ready to go, including the Exchange Server 2010 installation and all other applications and configurations on the server.

Although the Edge Subscription is restored by this method, if you test it from the Hub Transport server you may find that it is temporarily broken.

You can usually fix this by simply restarting the EdgeSync service on the Hub Transport server.

The Edge Transport server role has now been recovered by performing a full system restore of the server.

By taking full system backups of the Edge Transport server the restoration process was simplified, however the backups themselves take up more time and backup storage.

Back to the full series on Exchange Server 2010 backup and recovery.