For this Exchange Server 2013 migration scenario we’ve already covered the decision to deploy the Preferred Architecture for Exchange 2013, and gathered information about the existing environment.

This article will cover namespace planning for Exchange Server 2013.

Namespace planning refers to the decisions that need to be made for the DNS names that will be used by clients such as Outlook and mobile devices when they are connecting to Exchange 2013 services.

Even the simplest, single server deployment of Exchange Server 2013 should include namespace planning and reconfiguration of URLs to use an alias instead of the server’s FQDN. This has a number of benefits, such as allowing the namespace to be moved during server replacement, scale out, or migration in the future. It also gives end users easy to remember aliases for services such as OWA. After all, they are more likely to remember an alias such as “webmail.company.com” than a real server name of “consydexc01.company.com“.

For this deployment that is aligning with the Preferred Architecture the unbound model will be used, which means a unified namespace for both datacenters that allows clients to connect to either datacenter under normal conditions. DNS round robin will be used to direct traffic to servers in both sites, with the option later to add hardware load-balancers at each site to make the solution more reliable by only performing DNS round robin between the two load-balanced VIPs instead of four server IP addresses.

To simplify the namespace configuration and certificate provisioning the following namespaces have been chosen. These are based on the existing namespaces deployed in the Exchange Server Pro organization, collected during the information gathering stage using the Get-VirDirInfo.ps1 script. 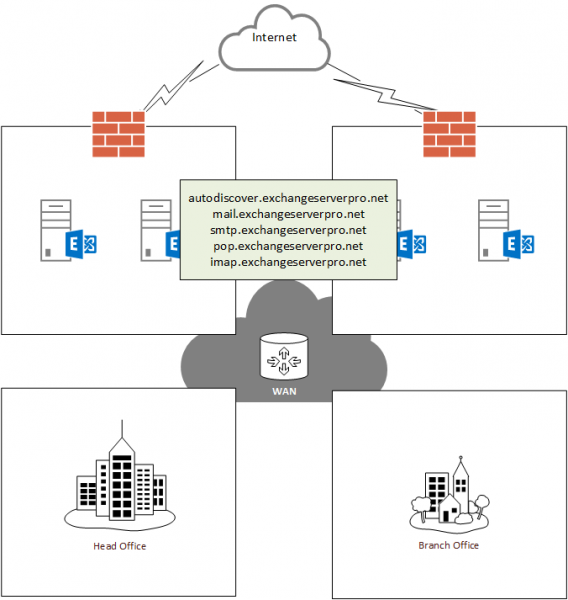 The third validity check is whether the certificate has expired or not, which is unlikely as the self-signed certificate is valid for 5 years.

Again, aligning with the Preferred Architecture and following the certificate planning and best practices advice from Microsoft we can arrive at a configuration involving one SSL certificate that will:

In the next article in this series we’ll look at reviewing Autodiscover configurations for the existing environment.