There are a number of factors that you should consider before your migration to Exchange Server 2013.

The system requirements for Exchange Server 2013 include the following for Active Directory:

Using the ADInfo.ps1 PowerShell script the following information was discovered.

Work was performed to ensure all clients workstations have been upgraded to Windows 7 with Office 2013 to meet the minimum support client versions for Exchange Server 2013.

For more information on discovering client versions in an existing Exchange environment see the following article:

The organization does not plan to use storage quotas for mailboxes on Exchange Server 2013. However, a small number of individual mailboxes were found to have a quota configured on them by running the following command:

These mailboxes have had their mailbox quota overrides removed in readiness for migration to Exchange Server 2013.

The Exchange Server Pro organization’s email routing topology has been documented as follows:

The following configurations are within control the IT team:

The following configurations are not entirely within control of the IT and may be controlled by other application or device support teams:

Virtual directory report has been generated using Get-VDirInfo.ps1. The report shows that there are two namespaces and split DNS in use: 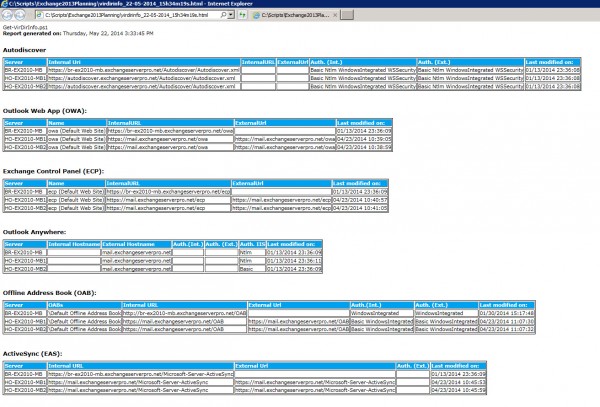 An SSL certificate report has been generated using CertificateReport.ps1. 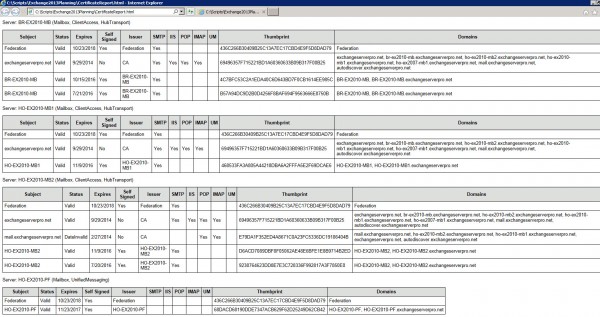 A review of mail-integrated applications and devices has been conducted. For example:

In the next part of this series we’ll look at namespace planning for the Exchange Server 2013 environment.