After installing the first Exchange 2013 server into an existing Exchange 2010 organization we are effectively in a co-existence state. During this phase of the Exchange 2013 migration project there are some management considerations to be aware of.

For a migration scenario you will primarily be using the Exchange Admin Center and the Exchange Management Shell.

The Exchange Admin Center can be accessed using a web browser. It is available on any Exchange 2013 server with the Mailbox server role installed. Because this is a web-based console you do not need to log on directly to the server to use it, nor do you need to install any management tools on your admin workstation to access it. 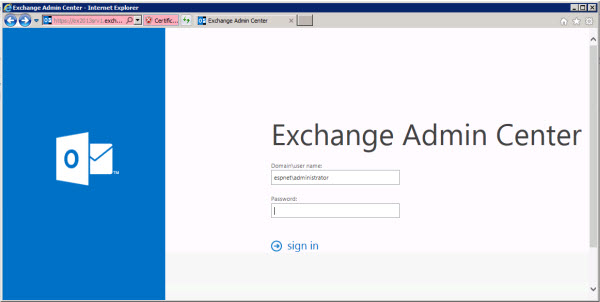 It is likely you will see an SSL certificate warning in your browser when you first access the EAC, due to the default self-signed certificate on the server. Later when you have configured the correct namespaces and SSL certificates this warning will not appear.

However, in some cases such as when the new Exchange 2013 servers are located in a different AD site to the Exchange 2010 servers, this workaround may not be successful.

In such cases it is often simpler to create a new admin account specifically for use during the co-existence period. In this example scenario I’ve created an account called “E15Admin” and added it to the Organization Management group. 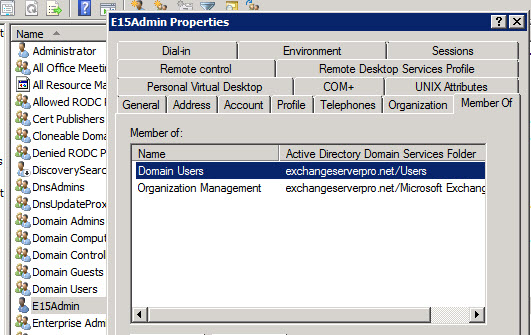 There are some general rules for managing Exchange objects during co-existence. From TechNet:

Transport rules are a slightly different situation. From TechNet:

In the next article in this series we’ll look at configuring SSL certificates for Exchange Server 2013.