Learning About Managed Identities at TEC

In this TEC session, Andy Robbins (SpectreOps) shared a few interesting thoughts on potential security implications associated with the use of Managed Identities. This is my overview of the session.

What are managed identities?

Whenever apps need to interact with resources, developers use credentials to gain access to the resources. Instead of having to store secrets in code, developers can leverage features like Azure KeyVault to retrieve secrets from a secure store. However, to retrieve secrets from the store, you’ve still got to authenticate. The challenge of dealing with credentials within code or a service isn’t entirely handled by having a secure store. The goal of Managed Identities is essentially to eliminate the need for developers to need to use stored credentials to interact with Azure resources

The challenge of Managed Identities

A typical example is a virtual machine that runs a scheduled script that requires access to an API, like the Microsoft Graph API. Traditionally, the script would include credentials to the backend API or to a Vault to retrieve the actual secrets to connect to the API. With a Managed Identity the script doesn’t need any of this, as the virtual machine is authorized to request a token for the Service Principal that has access to the backend API. Although this process is secure by itself, challenges arise when the configuration is made insecure, for example by misconfiguration or by granting too many permissions to the Managed Identity.

The latter case obviously constitutes some form of privilege escalation, even if there isn’t a bug or vulnerability in the system itself. Needless to say, once a regular user has the ability to escalate privileges, they could move from one resource to another, depending on the permissions granted to the Managed Identity. As regular user accounts are more prone to being phished, this creates is a security risk to consider. Just think about how a regular user account at the recent Uber hack resulted in a huge compromise of most of their environment!

So, is this something to panic about? Not necessarily. Some caution is warranted as Murphy’s Law is in effect: whenever there is a chance for a misconfiguration, one is more than likely to happen. As such, keeping control over managed identities and the permissions granted to these identities is important!

To that extent, SpectreOps has released a few cmdlets that administrators can use to analyze which permissions are granted to Managed Identities within the environment. Not only do they highlight the permissions granted to managed identities, but the scripts also correlate which of the permissions amount up to so-called ‘Tier-0’-permissions.

Tier-0 permissions refer to high-level permissions such as Global Admin, Privileged Authentication Admin, and others that either provide direct access to the root configuration of the tenant or allow the modification to accounts that may have such access.

Should You Avoid Managed Identities

Despite the challenges that might lie in using Managed Identities, they still are a great way to secure interactions between resources. Managed identities:

Just make sure that when using Managed Identities, you follow a few ground rules to ensure the configuration is as secure as it can be: 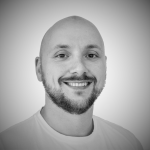 Michael Van Horenbeeck is a Microsoft Certified Solutions Master (MCSM) and Azure Threat Protection MVP from Belgium, and one of the few people worldwide to hold both the coveted certification and award at the same time. He is a dynamic tech enthusiast and focuses on Security, Identity Management, with a history in Messaging and Collaboration. In his daily job, Michael is the CEO at The Collective and works with customers of all sizes around the globe to help them become and stay secure with, and through, Microsoft's solutions and services. Besides his job at The Collective, Michael loves to engage with the community and inspire people. He is the driving force behind the Microsoft 365 Security for IT Pros e-book and you can regularly find him writing about technology for a variety of tech websites or catch him speaking at different events across the globe.