Skip to content
Inside the Exchange Server Pro Test Lab

This week I picked up another server to expand my Exchange test lab environment. I needed the extra resources to run up some scenarios for the Exchange 2010 Boot Camp PLUS lessons, and I also wanted to be sure I had some capacity ready for when Exchange 15 ships.

Going back quite a few years I remember running all manner of test servers in my old garage using whatever spare PC hardware would come my way. These were Pentium-II and Pentium-III era systems with memory in the 128-512mb range and hard drives in the 20-80Gb range. 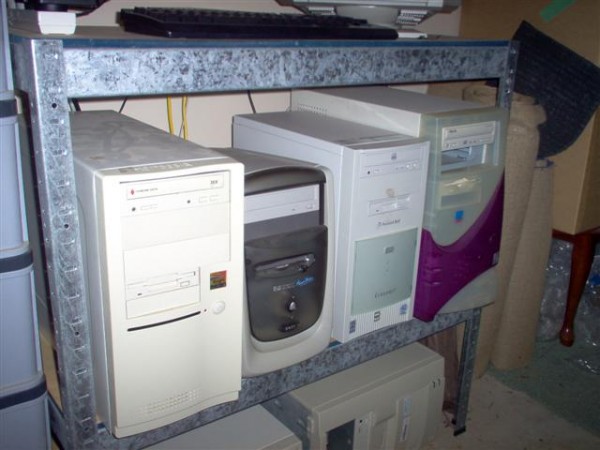 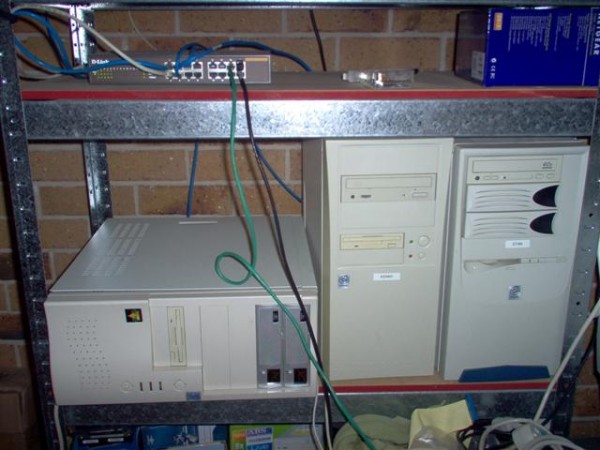 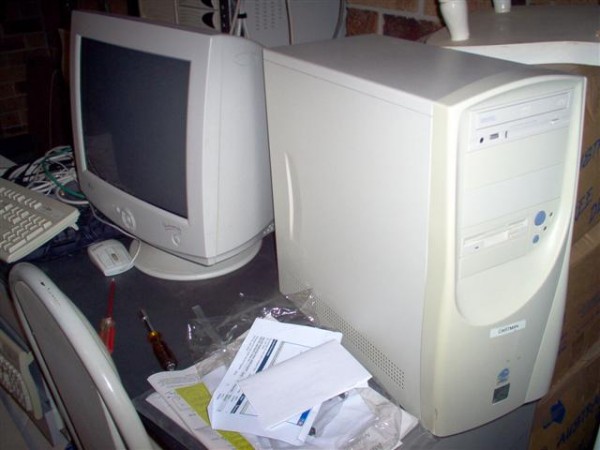 Those systems would run 24×7 through summer and winter and eventually one would die and I would either resurrect it with a few spare parts or scavenge the working bits from it to patch up other ailing systems.

Fortunately I had a steady flow of second hand hardware coming my way so that I was always able to keep enough systems up and running to suit my needs. I did all of my Windows 2000-era certifications on these junkers 🙂

Sometime in 2009 I decided I didn’t need that much stuff chewing up power any more and I decided to simplify my lab setup. We’d moved house and so I had the opportunity to set things up neatly from scratch. In particular the release of Exchange 2010 meant I would need some 64-bit hardware.

So I picked up a new system with these basic specs:

The rest of the system was made up of other consumer-grade parts. I’ve never seen the point of buying server-grade hardware from the likes of Dell or HP for my test labs. I typically source my systems from a local computer store that has always treated me very well.

It means I pay a little more than if I sourced my parts one by one from whoever has them at the lowest price, but I prefer it this way so that all of the assembly and testing is done for me and if I have any faults I can return to just once place.

With this system and one other 32-bit system I kept running for non-Exchange servers I was able to maintain enough of a virtual environment to explore the inner workings of Exchange 2010 and write articles for this website.

Around the same time as Windows Server 2008 R2 SP1 brought us Dynamic Memory, which immediately helped me get more virtual machines up and running on my Hyper-V server, I also picked up a new system with these basic specs:

Again the rest of the system was consumer-grade parts. Adding this server into the mix let me shut down the last of my 32-bit hardware for good, and gave me the resources I needed for writing the two Exchange 2010 migration guides I released in 2011.

As I mentioned earlier I just picked up a new system, bringing the total number of Hyper-V hosts in my garage to three. This new system has the following specs:

Here are a few pictures I took as I was unboxing it. 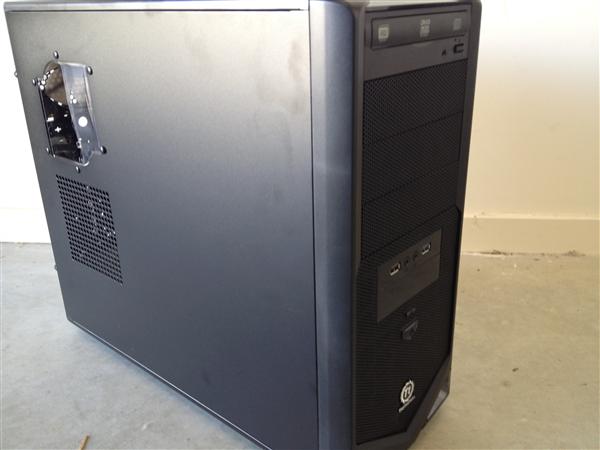 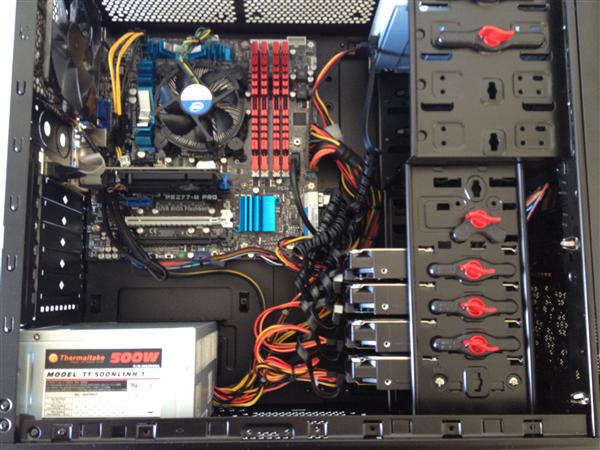 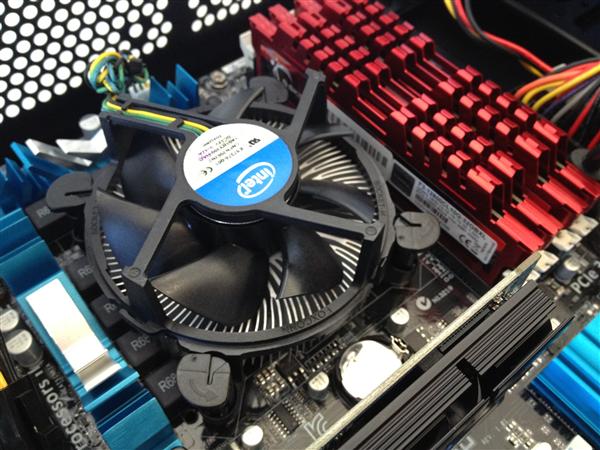 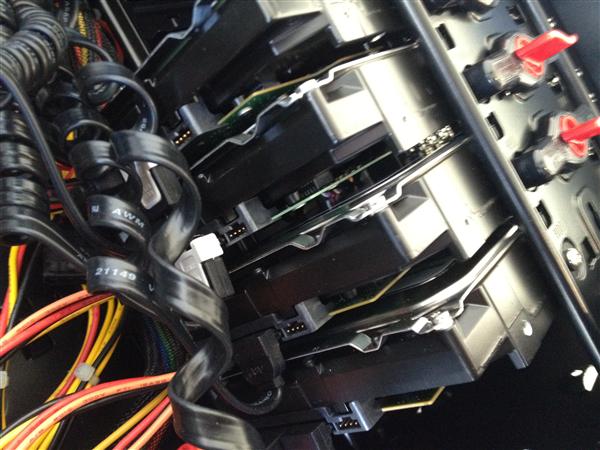 I’m pretty happy with the speed. From power up through Windows Server 2008 R2 install to first login was around 13 minutes.

On all three servers I am running Windows Server 2008 R2 with Service Pack 1 and the Hyper-V role installed. I did try running just Hyper-V some time ago but had driver and remote management issues. Those problems are all probably solvable, but I like to keep things nice and easy so I waste less time messing with the lab itself and more time doing the real work with Exchange.

On two of the servers I have the disks configured in RAID1 in case of a failure. I also attach an inexpensive USB hard drive to each of them (ranging from 1.5TB on the oldest one to 3TB on the latest) and periodically run backups of the guest VMs. Although at the same time I tend to separate the guests across the different hosts in a way that provides decent recovery options (eg a DC on each host, DAG members spread across the hosts).

At the moment I run three distinct environments: 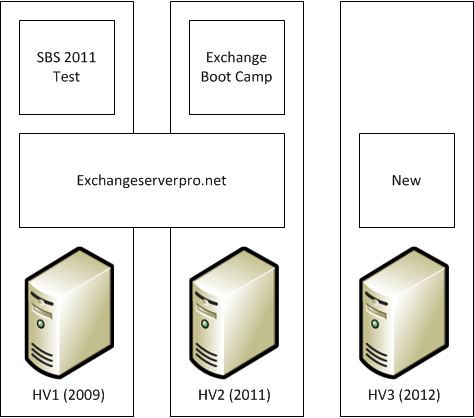 As I mentioned earlier I do probably spend a little more than the lowest possible price because I buy these systems from a single retailer. But even still they have each cost me only $1200-$1500 depending on the specs and prices at the time.

If I was not running this website I am sure that I would still be investing in at least one training server for professional development. At those prices and considering the oldest one is still going strong I feel that is a very good investment.

But if your budget is very tight then just a little extra memory in your PC or laptop and software such as VirtualBox can still give you some good training options.

Anyway, I just thought I would share some information and pictures of my test lab as I do sometimes get questions about it. If there is anything else you’d like to know please feel free to ask in the comments below.