But when Apple released iOS 6.1.2 (which may or may not actually fix the problem) they noticed that upgraded devices weren’t being automatically allowed to connect to Exchange again.

To demonstrate this I put an iOS 6.1 block rule on my test server, connected at least once to confirm my device was being blocked, and then updated the device to iOS 6.1.2. 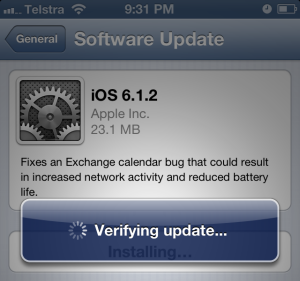 After running the update the device still can’t connect to Exchange. A look at the device state still shows that it is blocked by the rule put in place for iOS 6.1, even though I upgraded to 6.1.2.

I don’t want to remove the device access rule because the bug still exists in iOS 6.1 and other devices might still be running that version and try to connect to the server again.

So what can I do to let the updated device gain access to the server again?

One option is to remove the device from Exchange entirely. This causes it to be assessed as a new device the next time it connects, and in this scenario would be allowed to connect. 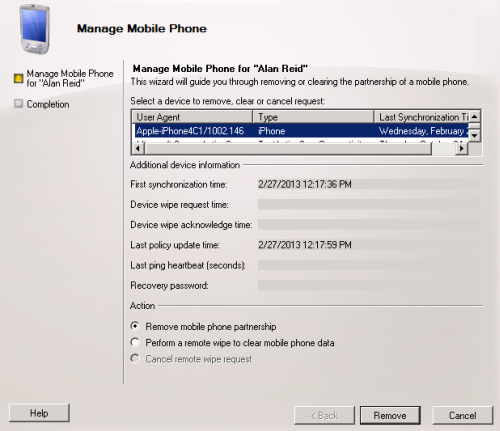 However at a large scale this may be impractical and cause a lot of administrative effort.

When the device attempts to connect it is put in the quarantine state instead of being blocked.

After updating the device to iOS 6.1.2 it is allowed to connect again with no administrative action required.

So which is the smarter approach?

As you can see neither approach is entirely perfect but fortunately administrators have some choice and flexibility in how they deal with this issue.